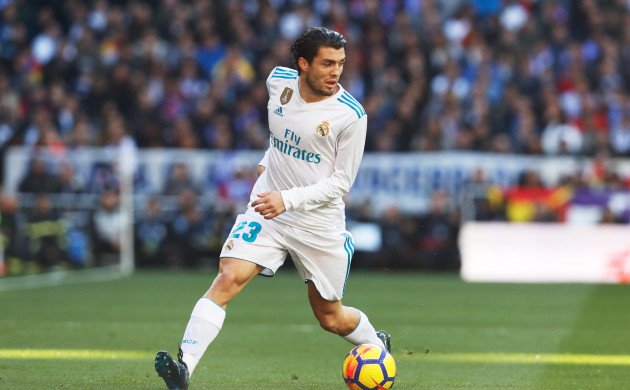 The Champions League is nothing new for Zinedine Zidane, with his record of consecutive European titles standing out as a specialism this season amid disappointing form in both the Copa del Rey and La Liga. Last campaign, rotation reigned supreme in Los Blancos’ domestic league adventure, but their endeavours on the continent’s top stage stayed one-track. Zidane had his go-to selection, they continued to perform and excel, and there were no complaints.
Summer brought change, with those players who were willing to put their own desires aside for the good of the team taking their leave. The promise of trophies, as well as the opportunity to perform with the hope of earning themselves some admirers for a move proved to be strong motivation, and the likes of Alvaro Morata, James Rodriguez and Mariano Diaz upped sticks and found new challenges elsewhere.
Since August, across all competitions, Real Madrid have struggled to find consistent form. The days of a seamless switch from first-choice XI to B-string appeared long gone, with Zidane’s reluctance to stray from last season’s winning formula displaying what appeared to be both a lack of ideas and faith in the players who had survived the summer and had intentions of building a long-term future at the Santiago Bernabeu.
A humiliating two legs against Leganes in the Copa del Rey spoke volumes, as a supposedly young and hungry second-string side won narrowly in the first leg at Butarque, before a strengthened group lost to their Madrid-based neighbours at home. Although the players deployed in both games were talented individuals, and on paper there should have been no issue in progressing to the semi-finals, they were being thrown in cold with limited minutes under their belts, and were thus unable to strike up any kind of momentum.
When Morata and James found themselves as bit-part pieces of Real Madrid’s squad during the 2016/17 season, they knew that they would be getting a good amount of minutes per fortnight, enough to keep things ticking over. This campaign there were no such promises, with players such as Dani Ceballos, Theo Hernandez and Marcos Llorente not getting chance to sharpen up. When called upon, they had looked off the pace and unprepared at times, testament to the unfavourable scenario they had been thrown into.

In the aftermath of a busy January, however, Zidane took note, with his general line of thinking made clear as Los Blancos strode into the quarter-final stages of the Champions League courtesy of a 5-2 aggregate win over Paris Saint-Germain. The famous ‘BBC’ have found themselves all on the pitch together in recent weeks, with Cristiano Ronaldo, Karim Benzema and Gareth Bale all finding their goalscoring touch in La Liga, but Zidane held fire on going for the easy decision in Paris.
Rather than opt for a front three of Benzema, Bale and Ronaldo, or rush back the likes of Toni Kroos and Luka Modric from fairly lengthy injury absences, Zidane entrusted those who had performed in their absences of late. Mateo Kovacic started in the centre of midfield, with Lucas Vazquez and Marco Asensio deployed in the wide areas after exciting recent showings.
The latter two would combine to create the first goal of the evening at Parc des Princes, with Asensio’s tenacity rewarded. The young Spaniard won possession back in the final third, then beat his man. A clever pass in behind left Lucas to take aim with his weaker left foot, with his clipped delivery hung up to perfection at the back post. Ronaldo was allowed to race forth, with momentum behind him, to guide a firm header into the back of the net.
It was a goal scored by a Real Madrid’s Champions League talisman, but its creation repaid Zidane’s faith. Recent weeks have see Lucas and Asensio provide pace, energy and drive on the flanks with regularity. Vázquez is enjoying his best season in terms of providing assists, and yet it would have been almost expected for Zidane to revert back to what he knows best, the personnel responsible for his own job security due to achievements gone by in Europe.
Real Madrid’s comfortable night in the French capital promises more - not only for those who stepped up to the plate so impressively versus PSG, but also those who have found themselves on the periphery of the first-team squad this season, or even watching the club’s games in La Liga from the comfort of their own sofas.
Following on from a season of seamless rotation, Zidane appeared to have lost the knack for getting the balance right when distributing opportunities across his entire squad. After a successful, complete night in Paris, it provides a second chance for the Real Madrid boss to show that there is life beyond the BBC, and Lucas Vazquez and Marco Asensio are lighting the way.