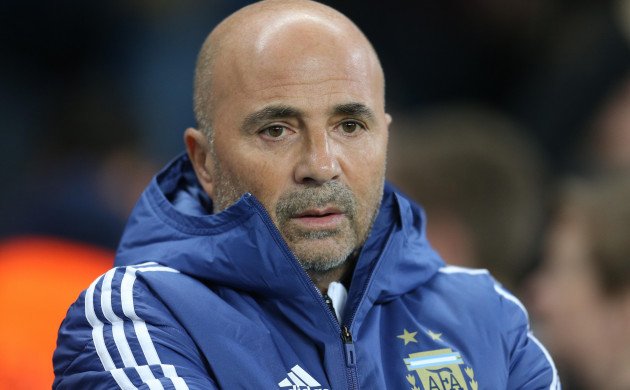 Argentina still have plenty of unanswered questions ahead of Croatia clash

Only those who have not followed the recent fortunes of the Argentina team could have been surprised by the disappointing World Cup debut of Lionel Messi and company in the 1-1 draw with Iceland.

The obvious comparison is with Spain, and their opening match against Portugal; the Spaniards had gone through the off-field trauma of having their coach sacked, went behind in the third minute, and again just before half-time as a result of an astonishing error from their keeper.

But Spain never fell into despair. They can fall back on a well-established idea of play, a game plan so ingrained they could carry it out blindfolded.

Argentina, on the other hand, have no such idea. There is little else apart from Messi. If the opposition can block his solo bursts through the middle then they are well on the way to neutralising Argentina – something that Iceland did with fine defensive application on Saturday in Moscow.

So much in football is process; Spain have one, Germany have one, Argentina had one. Between 1995 and 2007 they won the World Under-20 Cup five times. More important than the triumphs was the conveyor belt of players who were fed through to the senior side.

But for a decade now, Argentina’s youth teams have been poor, leading to an alarming lack of renovation in certain positions – goalkeeper, centre-back, full-back, perhaps central midfield.

For a while now Messi has been papering over the cracks – which keep getting wider. When he missed eight of the 18 rounds in qualification for Russia, Argentina were in serious trouble, and nearly failed to book their place. Jorge Sampaoli was the third coach of a traumatic campaign.

Sampaoli is a man with an idea. His teams stand out for the boldness of their characteristics; they press relentlessly and high, squeezing the opponent back in their half of the field. They attack down the flanks, constantly looking to create two-against-one situations, while throwing men into the forward line to create numerical superiority close to goal.

But with Argentina Sampaoli has a problem. He would seem to lack the resources to play that way; there is little defensive pace, no keepers who are comfortable operating as a sweeper and a dearth of reliable attacking full-backs.

His is a high-risk method – it offers so much space to the opposition counter-attack. Last November his defence collapsed against Nigeria – group opponents next Tuesday in what is shaping up to be a decisive game. Argentina led 2-0, but could not cope with the pace of the Nigerian strikers and went down 4-2. It was the end of Sampaoli’s typical back three system.

But late in March against Spain his back four collapsed in even more spectacular fashion, going down 6-1 to Spain. Anything that has happened subsequently has been a case of emergency surgery.

Against Iceland Argentina did not remotely resemble a normal Sampaoli side. There was no sustained attempt at a high press. The ball was not moved at dynamic pace. There was precious little combination down the flanks, with very few two-against-one situations created. In the absence of anything better, the plan seemed to be as follows – give the ball to Messi and hope.

He will probably find space easier to find in the next games. But even if he can work some magic, the defensive vulnerabilities were made all too obvious in the first half, and the formula of Messi plus 10 is unlikely to be enough.

And yet while there is Messi there is hope. Football may be all about process. But the World Cup can function as time sped up. Teams can suddenly fall apart, or they can suddenly come together.

Sergio Aguero’s goal was a good sign of sharpness. Giovane Lo Celso could come in and knot things together with his passing, as well as breaking into the box as an element of surprise. Or Sampaoli might finally find a way to accommodate Paulo Dybala to take some of the strain off Messi – a total failure during qualification but an experiment that might be worth another look.

There is plenty for Sampaoli to ponder, then, as he prepares for a crunch game with Croatia still searching for a coherent idea of play.