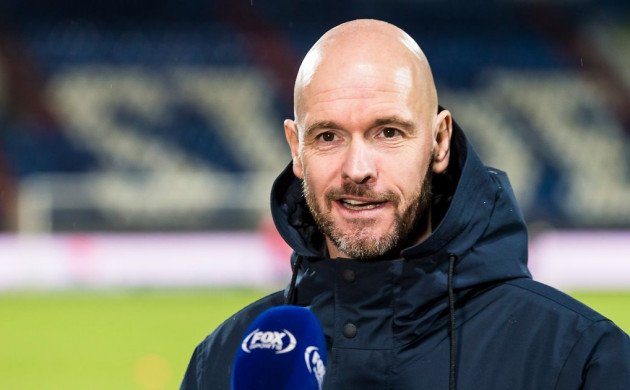 Having been heavily linked with a move to the German Bundesliga or Premier League in England, Erik ten Hag is going nowhere. The Ajax coach has done a stellar job in Amsterdam, taking the club to regular domestic honours. He also took them to within a game of the UEFA Champions League Final, and has consistently impressed on the European stage once again. Moves to England or Germany where believed to appeal, but the move is now off the table: ten Hag is staying in Ajax this summer.

The strongest linked name out of all the clubs was Tottenham Hotspur. Spurs and Ajax share an intriguing connection, albeit likely strained after their dramatic UCL tie in 2019. However, many players and coaches have been involved with both clubs, and the move for ten Hag seemed like a natural next step. Arriving at a club that was in dire need of a transformative change would have provided him with the ideal next project. Now, though, such a move is off the table – at least until 2022.

A new deal has been arranged until 2023, meaning that the English outfit will likely miss out on the chance to bring in the coach. His body of work has gained respect across Europe, marking himself as one of the most interesting candidates to take over in North London.

Indeed, reports in England even suggested that ten Hag was keen to make the move, open to a challenge away from Amsterdam. With the shock exit to AS Roma in the UEFA Europa League, though, ten Hag might fancy one more crack at landing a European trophy and returning Ajax to the top of the game.

Why has Erik ten Hag signed a new deal at Ajax?

The aforementioned European exits do leave a tinge of unfinished business in Amsterdam. For one, Ajax have made a habit of reaching latter stages in Europe since 2017. Since then, though, they have slowly but surely developed and grown a squad that could rival some of their best in the last twenty years or so. Full of young talent and with another batch of academy stars set to break through, ten Hag might see more potential in Amsterdam than he does elsewhere.

On top of this, the fact that Spurs are in such a state of flux might put off a coach without EPL experience from arriving. The club is set to go through a major rebuild, with even the future of club talisman Harry Kane being discussed. Therefore, there is no guarantee that the move would have been any kind of a success; Spurs have previously made headline appointments amid a major rebuild, only to see the project fail.

Perhaps, with the comfort of the Ajax job and the opportunity to compete for honours on all fronts, ten Hag simply feels like he can get more out of himself at Ajax. If nothing else, the new deal also provides Ajax with higher compensation should any move take place in the future.