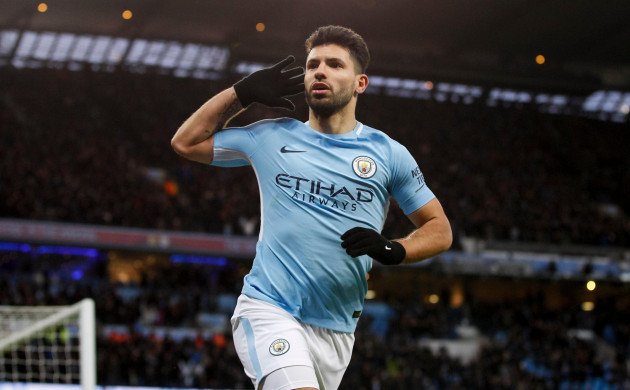 Aguero isn't as talented as Romario, but he performs on a more consistent basis

In eight years of regular appearances on Brazilian TV, nothing has ever drawn a response as negative as daring to compare Sergio Aguero with Romario. Criticising the tactical approach of the domestic game, occasionally having a go at the national team, even moaning about the hierarchical nature of Brazilian society – none of this has ever been seen as a crime remotely as serious as the Aguero-Romario comparison, which is sometimes held up as irrefutable proof of my own irredeemable idiocy.

But I’m sticking to my guns – and not only because I am in very good company. The original comparison is not mine. It came from the great Cesar Luis Menotti, the café philosopher of Argentine football, who took the national team to triumph in the 1978 World Cup and coached Aguero in the early days at Independiente.

I do not deny that Romario is the more talented of the two. But talent is only ever part of the equation. It is also true that Aguero cannot point to a tournament such as the 1994 World Cup, when Romario, until the final, was in magnificent form. International tournaments have not shown Aguero at his best, and he has often looked jaded by the club season. That said, he was one of Argentina’s few successes in the recent World Cup, and only Lionel Messi and Gabriel Batistuta have scored more goals for the national team.

But what Aguero has is a consistent body of work at the highest level of the club game, which these days contains more quality than international football.

Romario is frequently cited for his brilliance at Barcelona. But he only stayed for a year and a half – and in that time, for all his scintillating league play, he managed just five goals in the Champions League. Aguero gets that every year – even in the days when Manchester City were learning how to be competitive in the competition.

He has been the decisive player in the club’s first league titles for decades. And he gave a reminder of his consistent excellence with the two goals that beat Chelsea in Sunday’s Community Shield, one drilled home left footed, the other with the right to go past the 200 mark in the club’s colours.

If Romario had his time again, he would probably stay longer at Barcelona. His prestige established, the FIFA World Player of the Year award in the bag, he chose to return to Rio, where he spent most of the next 10 years. For a while he coasted, living off his name.

Then, towards the end of 1996, Ronaldo exploded as a phenomenon at Barcelona. It was the very stage that Romario had left, and the globalisation of the game meant that Ronaldo’s achievements loomed larger. This clearly turned a key in Romario’s mind. He put aside his laziness and got himself in shape for the 1997 season, playing some glorious football and winning a recall to the Brazil side, where he briefly partnered Ronaldo.

But there is only ever one winner in the battle between the athlete and time, and in Romario’s case the terms of the struggle were tipped against him by his lack of training discipline. His body kept letting him down – most notably when he was forced to miss the 1998 World Cup. He added plenty of goals to his tally after moving back to Brazil, but few of them were important. He became an accumulator of statistics, keeping on until he had satisfied himself that he had scored 1000 goals. It came across as a desperate attempt to force his way into the history books, a realisation that he could have been so much more.

But could he have been different? He was always a very difficult player to fit into a team structure – from a psychological point of view rather than a tactical one. His aim so often seems to have been to win a privileged position in the group. He knuckled down for USA 94 because he realised that if he behaved himself for a few weeks then immortality beckoned. But week in, week out he was always unlikely to accept the most basic team discipline.

One year at Barcelona was clearly enough for him. And – the old story – smooth out his personality and he would probably not have been the same player. His brilliant individualism was the product of a die-hard individual.

Sergio Aguero may not have exactly the same ability. But he comes without the psychological baggage - and so he can perform week after week, scoring goals in the service of his team-mates.