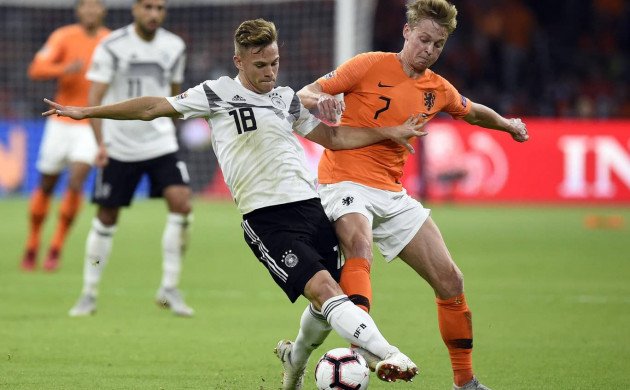 Kosovo vs Czech Republic (Group A)

Kosovo were only granted full FIFA membership by the powers that be in 2015, and they are yet to take part in a major international tournament. That could change next year, though, with Bernard Challandes' side having enjoyed a promising start to qualification with two draws and a win.

With England likely to finish at the top of the Group A table, Kosovo will probably need to beat Czech Republic - who they are currently a point behind - at home this weekend.

Serbia vs Portugal (Group B)

Portugal are the European Championship holders following their surprise success in 2016, which was followed up with victory at the Nations League Finals earlier this year. They have not enjoyed the best of starts to Euro 2020 qualification, however, amassing just two points from a possible six.

With the top two in Group B set to advance to the tournament, it would still be a major surprise if Portugal missed out. However, they cannot really afford to lose to Serbia on Saturday, particularly as table-topping Ukraine will fancy their chances of beating Lithuania.

The standout fixture of the upcoming international break in Europe, these two old rivals will lock horns once again. Netherlands got the better of Germany in their Nations League group, advancing to the Finals at the expense of Joachim Low's charges, but die Mannschaft bounced back with three wins from their first three Euro 2020 qualifiers.

The Netherlands, meanwhile, have won one and lost one, but they would probably settle for a draw in Hamburg on Friday night.

The Republic of Ireland crashed out at the group stage of Euro 2016, and their failure to qualify for the 2018 World Cup meant many supporters were pessimistic heading into this campaign despite the chance of management.

However, Mick McCarthy's men have had a storming start in Group D, taking 10 points from four matches to sit at the summit of the standings. Beating Switzerland on Thursday would see them take a giant step closer to wrapping up a place at next year's pan-European tournament.

Four teams in Group E will feel they have a realistic chance of reaching Euro 2020, including second-place Slovakia and third-place Croatia. The Vatreni reached the World Cup final last summer but have not had everything their own way since then, with a defeat by Hungary in March acting as a warning sign for their qualification prospects.

Croatia can get back on track with victory in Trvana, but Slovakia will hope home advantage proves decisive.

Iceland are looking to keep the fairytale going by qualifying for their third consecutive competition, after maiden appearances at the European Championship (2016) and World Cup (2018).

On paper, Erik Hamren's men should ease past Moldova in front of their own fans in Reykjavik. However, they have occasionally struggled to break down obdurate opponents who defend deep and compact, and the pressure of this realistically being a must-win game could have an effect too.

Scotland vs Russia (Group I)

More than two decades have now passed since Scotland's last appearance at a major tournament, and the current crop cannot afford too many more slip-ups - they have won two, lost two so far - if they are to reach Euro 2020.

With Belgium almost certain to win Group I, second spot could be a tussle between Russia and Scotland - as long as Steve Clarke's side pick up all three points here.

Finland have never qualified for a European Championship, but they are in a terrific position to end that drought this time around. Greece were favourites to qualify from Group J alongside Italy, but their return of four points from four games already puts them five behind Finland in second.

Victory for the Huuhkajat on Thursday would increase that gap to eight points, which could put the Nordic nation on the brink of a spot at Euro 2020, even if Armenia on six points cannot be written off just yet.