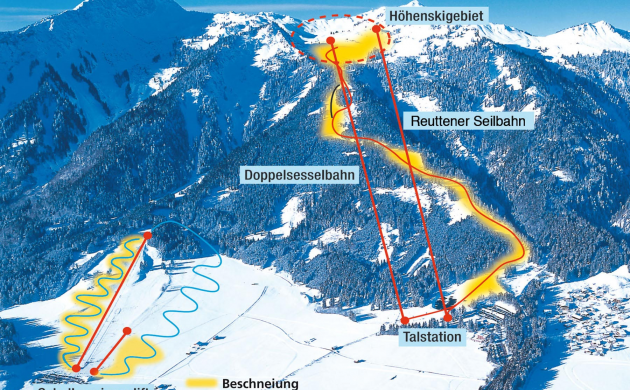 This weekend the best skiers in the world will gather in Kitzbuehel to celebrate the 76th Hahnenkamm race. If Aksel Lund Svindal is to maintain his domination in the men's downhill he will need to improve on the performances from previous years.

The “Streif” is considered to be one of the most challenging downhill slopes in the world. The reigning course record was set in 1997 by Fritz Stöbl, who crossed the finishing line in an impressive 1:51.58 minutes.

The first Super-G in Kitzbühel took place in 1995. Since then it is known as one of the steepest and fastest Super-G courses worldwide.

What remains undisputed in the World Cup circuit is acknowledgement of the fact that the Ganslernhang’s undulating, natural terrain with seven transitions in total makes it one of the most difficult slalom slopes in the world. “Keeping rhythm and pace going at the same time is the greatest challenge for the athletes competing at Kitzbühel”, says Chief of Piste, Stefan Lindner.

Super - G
This will be the 4th Super-G start of the season. Aksel Lund Svindal is leading Super-G ranking with two wins in three races, he is followed by a group of racers with very tight results.
Svindal has won Super-G  on “Streifalm” just once, but reached Top3 four times in last five starts. On this season’s form he is the favourite to claim a first place here.
Georg Streitberger also has good stats on this hill. He has got three podium finishes in last five seasons.

Combined
Technical skiers should have an advantage on the Alpine combined event. There are several athletes with outstanding results on this hill. Alexis Pinturault has won two times and placed 2nd in the last 3 starts here. Marcel Hirscher has 2 starts on this hill reaching 2nd and 3rd places. Victor Muffat-Jeandet and Thomas Mermillod Blondin are also to be considered as a contenders.

Downhill
This is the 6th Downhill of the season and the favourite to win stays the same - Aksel Lund Svindal with awesome record so far this season: four wins in five races.  He has never won on the “Streif”, but history is meant to be changed. We would like to mention Hannes Reichelt with two 2nd places in the last 2 races this season and two Top 3 finishes in the last three races on this hill. Also worth mentioning Dominik Paris with 1st and 2nd places in the last three races here, as well as Kjetil Jansrud winning here last year.

Slalom
Season leader in special Slalom Henrik Kristoffersen is hot this year. Five starts with  four wins and one runner-up position this season. He has only three starts on the “Ganslern”, but still managed to finish 2nd in 2014. Marcel Hirscher is “hot” too with three 2nd places and one win in 5 competitions so far. He has won on this hill in 2013. Felix Neureuther is worth mentioning too, he has not finished outside of the top 3 in the last three years in Kitzbuhel.

Materials used in this article: