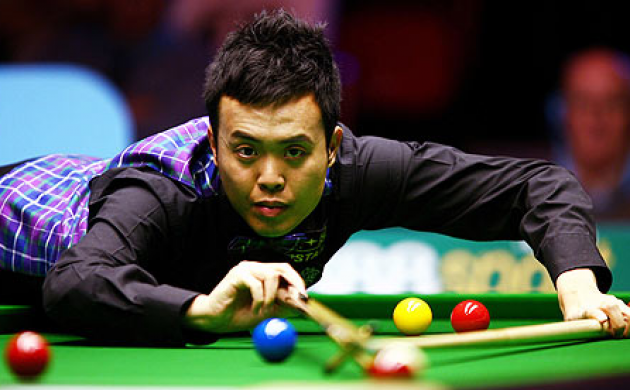 We didn’t have too much time after Ronnie O'Sullivan's stunning victory at the Masters where he beat Barry Hawkins in dominant fashion with a 10-1 scoreline.

But now, we are all set for what should be another enthralling snooker battle, which commences on January 25, and will take place over the course of four days .

The tournament will see two groups taking shape, which consist of the following top players;

Four places are open according to Group 3 results.

Let us just explain in several words about the format of the tournament as it is not a regular one.

Seven players will start the competition on January 25 where they will go head-to-head with each other over the course of 21 matches. Then, based on the results, the winners will progress to the semi-finals and then onto the final. The winner of the group gets a ticket to the Championship League Final, which will be played at the end of the year.

The runner-up, semi-finalists, and the players who got the most points in the group matches will get a ticket to the next Championship League Group.

Two outsiders will drop out from the Championship League this year.

Usually, the tournament is difficult to be forecasted due to the format being short (best of five), and the top players may not be as highly motivated as they will be fully concentrating on the leagues. That is why we consider this tournament as the best shot to place your bets on the underdogs.

Also, we should mention that we are only going to bet on the Championship League Group 3, and based on the current form and results, we will provide bets on Group 4.

First of all, we recommend betting against Marco Fu. The 38-year-old was virus-stricken in the Masters, and showed poor form against Neil Robertson (losing 0-6 to Robertson, with only a 62% pot success rate in the first four frames). He did not make a single long pot during the whole match, and it seemed as though he has lost his form and confidence, despite a great win in Gibraltar last year.

The best option in this match is to back Michael White – a young star, brand-new top 16, and recent runner-up in Gibraltar. Coincidently, he lost to Marco Fu in that final, but showed brilliant form – maybe it is time for revenge?

The second bet we would like to point out is the match between Joe Perry and Mark Williams. They have met 18 times, drawing twice, with Perry winning seven and Williams winning nine. However, in the last six meetings between the two, Perry has only triumphed once, which tells us Williams has had the upper hand in recent games against the 41-year-old.

Also, we have to mention that they have already met earlier this year, which was in the first stage of the Champions League, where Williams won both matches with 3-1 and 3-0 scorelines.

Current form suggests that Williams, who played some outstanding snooker against O'Sullivan in the Masters, could be back to somewhere near his best. Mark had the chances to win the match, but could not get the better of the eventual tournament winner.

However, with Perry, things have been very different of late. Joe lost to Barry with quite a poor performance, suffering numerous amateurish break buildings and safety faults. So we are going for the Welshman in this one.