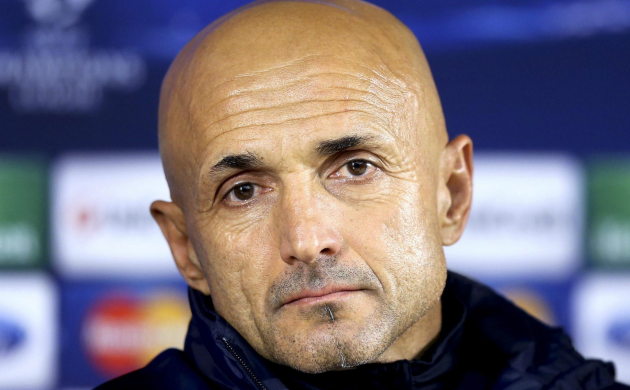 Luciano Spalletti will be hoping to get the first win of his second spell as manager of Roma, who host Frosinone at the Stadio Olimpico on Saturday evening.

The 56-year-old, who replaced Rudi Garcia in the dugout earlier this month, has overseen one draw (1-1 at home to Hellas Verona) and one defeat (1-0 away at Juventus) in his first two games since returning to the club. It is now just one win in nine Serie A games for Roma, and six points separate them from the Champions League places and 12 from the summit of the Serie A.
"The psychological aspect becomes fundamental, above all at a club like ours,” Spalletti said after the loss to champions Juventus on Sunday evening. “If things go well, you have the enthusiasm and support of the fans, but if it's a negative moment then you are brought further down by everything that goes on around us."

Getting out of their current rut is vital for Roma, who are in danger of slipping out of top-three contention with their poor recent results. They have recorded only four clean sheets in 21 matches this term, while leading striker Edin Dzeko has found the back of the net on just three occasions. There are therefore problems at both ends of the pitch for the three-time Italian champions, whose hopes of adding a fourth Scudetto to the trophy cabinet are fading fast. Nothing less than all three points will do against a team who have won only four times in the league in 2015/16.

Frosinone head into this game in a very precarious position inside the bottom three, seven points away from safety. The newly-promoted outfit have not won a match since a 3-2 triumph over Hellas Verona at the end of November, and have taken just one point from the next 18 on offer. Relegation is looking extremely likely as the business end of the season looms, but a surprise result against Spalletti’s charges could spark a revival at the Stadio Matusa.

Roma will be without defender Maicon and midfielder Salih Ucan for this crunch clash, with long-term absentee Kevin Strootman still sidelined with a cruciate ligament injury suffered in the first few weeks of the campaign. Frosinone, meanwhile, will be unable to call upon the services of Nicolas Castillo, Massimiliano Carlini, Modibo Diakite, Roberto Crivello and Aleksandar Tonev, making their trip to the capital even trickier.

Despite their extremely patchy form in recent months, Roma remain heavy favourites to triumph at the Stadio Olimpico on Saturday. In the likes of Miralem Pjanic, Kostas Manolas, Mohamed Salah and Radja Nainggolan, their squad contains the type of talent that Frosinone’s supporters could only dream of having in their side. Victory is thus an absolute must for Roma this weekend, with Spalletti likely to taste his first win as manager of the Giallorossi in six and a half years.