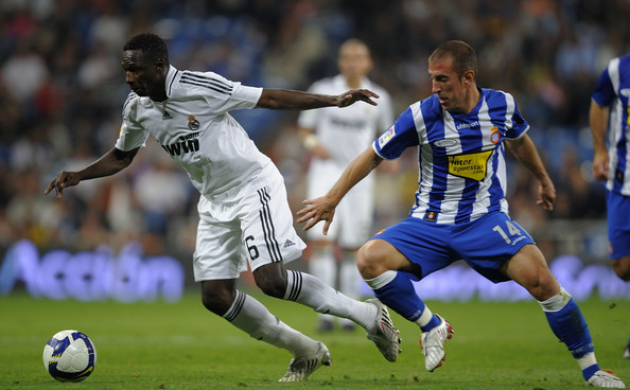 Real Madrid take on Espanyol at the Santiago Bernabeu on Sunday evening looking to close the gap on the top two, Atletico Madrid and Barcelona, against an opponent who is aiming to push closer to the top half of the La Liga table.

A 1-1 draw at Real Betis last weekend was the first time Zinedine Zidane’s side has dropped points since he replaced Rafael Benitez as Real Madrid manager earlier this month. Although Los Blancos played well in Seville and were unlucky not to pick up another victory, the draw could be pretty damaging to their title chances: Madrid are now four points behind both Atletico and Barcelona, with the latter also having a game in hand against Sporting Gijon.

To put a positive spin on the 32-time Spanish champions’ form, it is now seven league games since they last suffered defeat, a 1-0 loss at Villarreal in December. With 58 goals scored in 21 matches, they possess the best attacking record in the division. Barcelona, by comparison, have scored on 52 occasions in 20 games – while only Luis Suarez (18) has struck more often than Karim Benzema (17). With 16 goals to his name, Cristiano Ronaldo is La Liga’s third highest scorer alongside Neymar.

Nevertheless, not everything is well at the Bernabeu. Ronaldo’s goals this term have come in clusters – including five against Espanyol when the two teams met at the Estadi Cornella-El Prat in September – and players such as James Rodriguez and Isco have struggled to perform at their maximum level. Goalkeeper Keylor Navas has kept Madrid in games at times, while Toni Kroos has not been as good as he was under Carlo Ancelotti.

Espanyol, though, are unlikely to pose too much of a threat to their illustrious opponents this weekend. Sergio Gonzalez’s men have won only one of their last nine games – a narrow 1-0 triumph against relegation-threatened Las Palmas – and have conceded seven goals in their three previous outings. In fact, only Levante, Granada and Rayo Vallecano have worse defensive records than Espanyol, who have conceded 35 goals in total.

Real Madrid are still without Gareth Bale, who is unavailable until next month with a calf injury. Sergio Ramos, suffering from the same problem, could return to the side, while question marks over Rodriguez’s form could result in the Colombia international being dropped by Zidane.

Espanyol, meanwhile, will be without suspended duo Gerard Moreno and Victor Alvarez, although Joan Jordan, Jose Canas, Victor Sanchez Mata and Oscar Duarte are back in training and could be available for selection. Ruben Duarte, Felipe Caceido and Anaitz Arbilla are also likely to face late fitness tests ahead of the trip to the capital.

Madrid have been terrific in Zidane’s first two home games at the helm, with that run likely to continue this weekend. With the attacking firepower in Los Blancos’ ranks, the home side could win by another sizeable margin against a side who have struggled at the back this season.