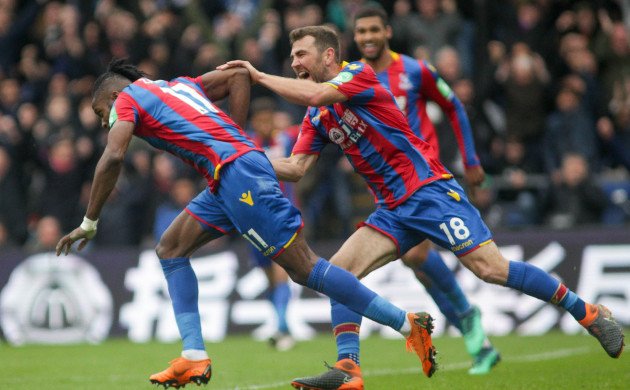 After over three decades out of the top flight, Brighton returned last year with the idea of sticking around. A 15th-place finish was more than enough to do so, and the Seagulls can look forward to another season in the top flight. Will they do enough to stay up this year, though?

A busy transfer market will have raised expectations, with players like Florin Andone arriving from Deportivo La Coruna, and Leon Balogun from Mainz 05. Brighton fans might expect a bit more expansive football than last year due to who they have signed, but they are still among the smallest clubs in the top flight.

New signing Alireza Jahanbakhsh is going to be very important. The AZ Alkmaar man was in double figures for both goals and assists in the Dutch Eredivisie, and is a real livewire. He is among the most important players in the Brighton team and will often be their main and only out-ball. If he can find his feet in England quickly, he could be a revelation.

It’s hard to see enough quality in the Brighton side. A lot of players have come in and gone out, and the transition – along with the related quality of said transition – might not be good enough to finish above the bottom three this time.

After a couple of seasons of rather extravagant spending, it feels like it might be time for Eddie Howe to deliver both attractive top-flight football and consistent results. A quiet summer has seen the club look to consolidate a bloated squad, instead looking to move on many of their less important squad members. Is there enough depth to survive?

Twelfth place last time means that anything from around ninth-14th would be seen as a good enough season. The introduction of young David Brooks from Sheffield United and Diego Rico from Leganes means that, unlike previous summers, fans cannot expect a summer influx to transform the side. Instead, it looks like Howe will look to improve his squad through coaching.

Lewis Cook: the England international has huge potential and could use this as a season to really break out in the top flight. His vision and ability on the ball ensures that he is a standout for this Cherries side, and should be using this year and a lack of uncertainty over transfers as a chance to cement himself as a key player at Bournemouth – if he can do that, they can look forward to a good season.

While squad depth and an injury-susceptible frontline leaves us a touch uncertain about Bournemouth’ survival credentials, it’s clear that they have quality in abundance. We can expect a solid, if unspectacular, season from Bournemouth.

The Hornets are one of the most transitional sides in the English Premier League. Constantly changing coach and playing staff, this year has seen them make another huge number of signings and exits. The likes of Mauro Zarate, Costel Pantilimon and Nordin Amrabat confirmed their exits, while a roster of new signings came in.

It’s hard to say: Watford are a side with little real opportunity. Their squad is often limited in terms of ambition, as the Marco Silva debacle showed the introduction of interesting talents like Ben Wilmot and Adam Masina might impress, but there’s little to say that this year’s Watford side will be any better than the previous year.

The sale of want-away starlet Richarlison means that, for most Watford fans, Abdoulaye Doucoure is the main man. The 25-year-old Frenchman is one of the most impressive midfielders in the top flight, and uses his versatility and boundless energy to great effect. If Watford are to do anything this year, he will be a key part of that.

It’s hard to say: Javi Gracia could easily be sacked come Christmas. A hugely changing playing staff is always a problem, and this feels like it could be the year to finally catch up. While we would not be surprised to see Watford stay up, it’s hard to make a convincing case for them doing anything else merely then surviving. Doucoure aside, quality feels limited in midfield which is crucial. Relegation feels like a possibility, but not a certainty by any means.

Like many of the smaller London sides, an unsettling transfer window leaves Crystal Palace in an odd place. While some big names have come in, building on the impressive 11th of last season feels like a feat that will be tough to achieve. For Palace, the slow start to the transfer window might mean that their late arrivals take some time to make an impact on a season that might move too quickly.

For Palace fans, staying up should always be the main aim – though with Max Meyer coming in the door on a free transfer, they might wish to be closer to be the top than the bottom. Any kind of points improvement on last year would be huge, but it will need a big change to the squad to make that possible.

The introduction of Meyer will be essential, as how he links with Wilfried Zaha will determine Palace's fate. If he can help to take the place of Yohan Cabaye as the midfield creator, then the forwards should be able to get enough chances. If either Meyer or Zaha suffer from injuries or poor form, though, it could be killer for Palace.

Hard to say with any certainty until the transfer window shuts; unless the club can push on with signings, the present squad looks relegation-worthy.

No club in England can likely match West Ham in starting new revolutions. In comes Manuel Pellegrini and a whole host of new signings. Is this more likely to be like Slaven Bilic’s first season or second?

A very busy transfer window has seen the likes of Issa Diop, Jack Wilshere, Andriy Yarmolenko and Felipe Anderson arrive at the club. Out has gone old guard players like Cheikhou Kouyate, James Collins and Patrice Evra. A drop-off in the age of the squad was needed, but many of the signings leave the club with an imbalanced squad with no real cohesion in the eye or aim – that makes knowing what to expect tough.

Jack Wilshere has, as ever, made a lot of noise since his move to West Ham. He’ll be expected to both stay fit and make the team tick. If he can find his form of around 2008-2010, then he could help West Ham fans enjoy a great season.

The squad is so imbalanced that it all depends on how it clicks: they could either finish in the European spots, or go down. Given the imbalanced nature of their squad, we expect a transitional season: if Pellegrini can survive, good times could be around the corner.