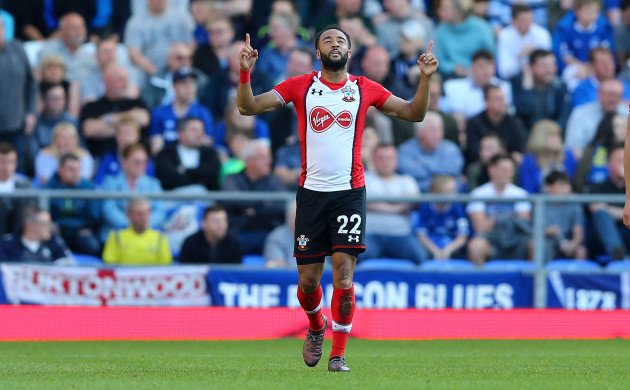 Having once been an example of poor ownership, Cardiff City return to the top flight under Vincent Tan. The owner has seemingly mellowed from the drama of the first era under his stewardship, and the Bluebirds fly the flag for Welsh football under Championship promotion specialist Neil Warnock.

Will they do the unthinkable, though, and stick with Warnock beyond Christmas? Can he inspire the same quality of performance this season as he was able to in the second tier?

Surely avoiding relegation is the main starting point. The Welsh outfit have managed to make some decent additions, with some impressive names still being lined up. Still, it’s far from the massive revolution that has taken place at Cardiff in the past post-promotion. The aim will be to survive – and do so without having to rely on favours from other sides.

It’s all about the team for Cardiff. In signing Bobby Reid from Bristol City and with Marko Grujic likely to return from Liverpool, they’ll have two explosive and exciting prospects in the squad who could really make an impact on a top-flight campaign.

Relegation feels quite likely, purely due to budgetary weakness. While they’ve quietly spent around £30m, today that buys very little in the Premier League these days. For Cardiff, it feels like a limited squad, club and manager might hit the glass ceiling one more time as part of their long-term building project.

Swashbuckling their way back to the Premier League with the likes of Ryan Sessegnon, Aleksander Mitrovic and Tom Cairney leading the way, the Cottagers return to the top flight after a long absence. Under the guidance of stoic and tactically solid Slavisa Jokanovic, can Fulham manage to stay up whilst maintaining their attacking style from last year? Their impressive slew of summer signings would suggest so.

Prior to the summer window they have enjoyed, safety was probably the aim. The addition of Jean Seri, Alfie Mawson and Mtrovic returning from Newcastle United leaves them looking even better than ever. The spine of the squad feels rejuvenated, and looks like a top-flight side in the making – top-half football could be possible.

It’s hard to say: Mitrovic will need to step up far more than he ever did in the Newcastle shirt at this level. However, the signings of Seri and Mawson should make a big difference; the duo could play a huge role in helping Fulham achieve whatever they can this year.

For us, it feels like Fulham will shock teams – the first time around. An ambitious style of play and an active transfer window will see them fly out the blocks, though we can see them tiring after the Christmas period.

We expect Fulham to stay up, but to perhaps feel stung by an overly ambitious start to the season as so many promoted sides do.

For many, Wolverhampton Wanderers are seen as the next big thing of English football. A perennial sleeping giant and one of the largest ‘other’ clubs in the English game, the wonderful backing that has arrived via Portugal has gone some way to leaving Wolves fans excited about what looks to be a very rosy future.

Under Nuno, can  Wolves roar into life and restore pride to a rather decaying Midlands football scene?

Go as high as they can: any Wolves fan who is worried about relegation will need to pinch themselves. The squad quality is remarkable for a newly promoted side, and some of their signings feel more than ready to make an impact at this level.

Neves, without doubt. Seen as a generational talent when at Porto, he could explode this year and show why so many – Jürgen Klopp included – are linked so heavily with the Portugal international. He's definitely a key part of the plan: if Neves can adapt to the style needed in the Premier League, he’ll be incredible.

We think that Wolves will actually finish closer to the European spots than relegation. While the defence still looks a touch uneasy, the prowess of Nuno on the bench and the sheer gluttony of midfield power should help them control more Premier League games than their fellow promotees, thus ensuring safety.

While the Saints would never have expected to march on down to the Championship come the start of the 2017-18 season, it came close to coming true. A late escape under Mark Hughes turned things around, and it sounds like the Saints have been building in a truly Hughes-like fashion: smart continental signings at impressive cost. Will it pay off, though? Or does another relegation scrap await?

While Southampton fans are never the most demanding, surely something approaching the top half would be seen as required. Hughes has had some good backing, and brought in some impressive names. It will be expected that, having escaped the relegation battle, that this season starts as the last one finished: with gusto and grit.

The signings of Stuart Armstrong from Celtic and Jannik Vestergaard will be expected to make a big change. The Danish international arrives from Borussia Monchengladbach, and should provide a strong defensive presence. If he can make up for his lack of pace, he should offer solidity while Armstrong will provide running power, movement and dynamism in midfield that was so lacking beforehand.

A mid-table finish awaits. Hughes knows how to get the most out of a squad that is built on talent instead of egos, and should find that a more mellow brand of signing can pay off here in a big way. Definitely a side that will steer clear of danger, having solved many of their key issues.

The Terriers arrived in the Premier League without spending a great deal, and this summer have gone about improving their squad instead of trying to spend too much. Smart signings like Erik Durm and Terence Kongolo provide depth, while the addition of Ramadan Sobhi and Adama Diakhaby provides a team that was light on athletic quality with a more rounded team. Is it enough to stay up, though?

Anything like the same as last season would be a good starting point. Consolidation is important, and Huddersfield still cannot attract a variety of top players. Many young talents like Juninho Bacuna have joined, meaning that Terriers fans will need to be patient with a team that is not heavily moneyed like their opponents.

One of the most important new signings that has been made is that of Kongolo: he was a key player for the Yorkshire outfit after arriving on loan last year. He was a hugely impressive player in defence, and will be key if they are too get anything out of this season.

While goals might still be a worry, Kongolo should provide much-needed safety at the back.

Relegation feels very possible, unfortunately. While David Wagner has done well to augment his squad, the fact that this year’s newly promoted sides might do so well makes it hard to see three sides being either less profligate or more porous than Huddersfield in what may be a trying second season.