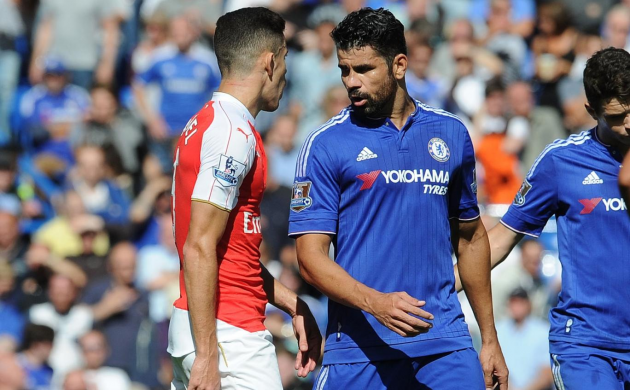 Sundays Premier League encounter between Arsenal and Chelsea has huge significance for both teams, but for reasons nobody could have anticipated at the start of the season.

Chelsea - last years champions - have had a disastrous start to the season culminating with the sacking of Jose Mourinho. Under caretaker manager Guus Hiddink, the visitors are unbeaten in five games, but one would hardly say that their last performances – the 3-3 draw against Everton last week in particular – have been impressive.

Arsenal on the other hand, have coped quite well with their injury problems, and are likely to welcome Mezut Özil back to the starting line-up and Alexis Sanchez back to the squad for this encounter.

History
The reverse fixture was one of the major talking points in the first half of the season. Chelsea won 2-0 in a game were Arsenal had Gabriel sent off, only to see his automatic three match ban lifted. Instead Chelsea saw Diego Costa banned retrospectively for three games, for his role in several off the ball incidents during the game.

Memories of that encounter will surely have both players and supporters fired up for this one.

Strategy
Arsenal look to cement their place at the top of the table, and need all three points knowing that they face their toughest opponents (Manchester City and Tottenham) away later in the season. Keeping the initiative in the title race is important because it gives Arsene Wenger the possibility to take a defensive approach when facing their title rivals – a strategy that paid off against City last year, and which Arsenal proved that they still master when they beat Bayern Munich in the Champions League a few months ago.

Chelsea – ridiculously – have to look over their shoulder with six points separating them from the relegation zone, and while the Emirates is not a place where any team normal need to pick the points to avoid relegation, one would expect a fully focused Chelsea side for this clash. Hazard is back in full training, but Hiddink urged caution as to his contribution on Sunday. "We have to be careful with him. I am not sure he can do 90 minutes yet", the manager said in his Friday press breefing.

Home form
Arsenal have been solid against good opponents at home this season (beating both Manchester teams in the League and Bayern in the Champions League). While we in no way discount Chelsea’s chances of taking anything from the game, they still look quite frail defensively, something a creative Arsenal side should be able to exploit.