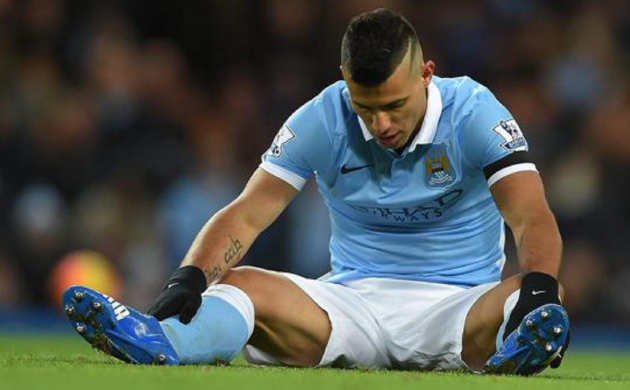 No room for error

Manchester City’s chances of winning the Premier League title this season are hanging by a thread ahead of their clash with Championship-bound Aston Villa at the Etihad Stadium on Saturday afternoon.

Manuel Pellegrini’s side fell 10 points behind surprise leaders Leicester City after a 3-0 defeat at Liverpool on Wednesday; while they do have a game in hand and possess experience of coming from behind to triumph in previous title races, City are just one slip-up away from being knocked out of the battle at the top altogether. In fact, they now seem to be part of the challenge for the Champions League places, with fifth-placed Manchester United level on points with their local rivals and West Ham United just a point further back in sixth.

Many have claimed that the announcement at the start of February that Pep Guardiola will replace Pellegrini in the Etihad dugout next term has destabilised City, but the truth is that they have been inconsistent and unreliable ever since they won five consecutive matches in the first few weeks of the season. Their last three league outings have ended in defeat – with an aggregate score of 2-8 – and City have still not triumphed in back-to-back games since October, when relegation-threatened Newcastle United and Bournemouth were beaten heavily.

Despite such disappointing form, Aston Villa are unlikely to pose too much of a threat this weekend. The Villains have had a dire season and find themselves rooted to the bottom of the table after 28 matches, with a midweek loss away at Everton seeing them remain eight points adrift of safety. Barring what would be one of the most miraculous escape acts in the history of the Premier League, Villa will be playing their football in the Championship in the 2016/17 campaign.

Having taken maximum points on only three occasions in the top flight this term – and only one of those, a victory at Bournemouth on the opening day, came away from home – it is very difficult to see Villa significantly closing the gap on those above them this weekend. With 51 goals conceded, they have the 18th worst defensive record in the league; given that City are among the highest scorers, a bet on the hosts scoring over 3.5 goals has a good balance between likelihood of outcome and potential returns.

City themselves have not exactly kept things watertight at the back this season, though, so Villa may fancy their chances of nicking at least one goal on Saturday afternoon. Both teams to score could therefore be a decent wager, with a Jordan Ayew strike a good choice for an anytime goalscorer.

Overall, though, Villa are unlikely to pose too many problems for a City side who, while guilty of woeful under-performance in the league this year, simply possess too much quality to come unstuck against the Premier League’s worst side. A comfortable victory is to be expected, but the real value lies in the markets that cover anytime scorers and the total number of goals.