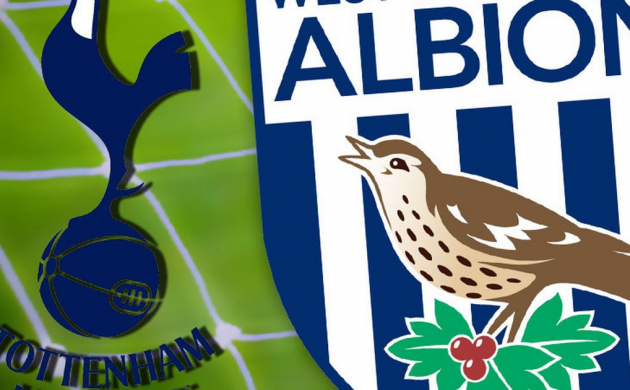 Tottenham Hotspur will be looking to keep the pressure on Premier League leaders Leicester City when they entertain West Bromwich Albion at White Hart Lane on Monday night.

A thumping 4-0 success away to Stoke City last time out closed the gap at the top to five points, with Leicester dropping two points with a 2-2 draw at home to West Ham United last Sunday. Spurs’ performance at the Britannia Stadium was one of the best the Premier League has seen this season: they were resolute and solid at the back and clinical and efficient on the counter-attack, with many of their forays forward featuring some fine passing moves. Mauricio Pochettino’s men are probably the division’s best team on current form, with multiple opponents having been blown away by an energetic and dynamic outfit who have scored the most goals in the Premier League and conceded the fewest – incidentally, the last team to do both of those things in a full season and still not win the league was Manchester United in 1997/98.

Spurs will again take to the field after Leicester, who have the opportunity to extend the gap at the summit of the standings to eight points when they face Swansea City at the King Power Stadium on Sunday. A win for the Foxes would heap the pressure back onto Tottenham, but Pochettino’s side have been in that situation before and have hitherto proved unaffected by the seemingly more difficult task of playing second.

Having already reached the magical 40-point mark, West Brom have little to play for in the remaining weeks of the campaign. Tony Pulis’ charges were defeated 2-0 by Arsenal in midweek and have now failed to win any of their last five encounters, with just one goal scored and six conceded in that time. They have not tasted victory on the road since a rather fortuitous 1-0 triumph at Everton in mid-February, while they have failed to find the back of the net in eight of their 17 league games away from home this term.

It is therefore difficult to look past a rather comfortable Tottenham victory when these two teams meet at White Hart Lane, with Spurs in imperious form of late and West Brom struggling to pick up points since their survival was secured. A 2-0 or 3-0 home win look to be the best options for this match, then, with West Brom’s woes in front of goal likely to continue against a team who have conceded on only 25 occasions all season and recorded a total of 13 clean sheets.

Pochettino is likely to select the same starting XI that began the game at Stoke, with Dele Alli – who has netted three times in his last two appearances – a good choice for first goalscorer. Another market worth exploring is the yellow card one: West Brom will probably have little of the ball and could therefore commit quite a few fouls, with the odds on Claudio Yacob, James McClean and Gareth McAuley to go in the referee’s book worth exploring.