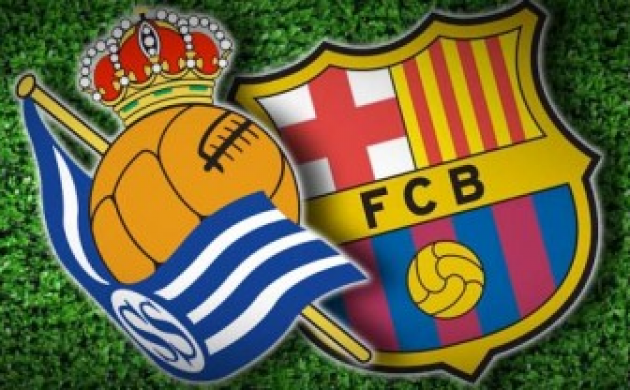 Barcelona will be looking to bounce back from last weekend’s Clasico defeat when they travel to the Basque Country to take on Real Sociedad on Saturday.

A 2-1 home defeat to arch-rivals Real Madrid last time out saw Barca’s lead at the top of La Liga cut to six points, with second-placed Atletico Madrid taking full advantage of Luis Enrique’s side’s slip-up by thrashing Real Betis 5-1. It would be a massive surprise if the defending champions were unable to retain their crown – Barcelona also have a head-to-head advantage over both of the challengers from the capital, while dropping another seven points in seven games is unlikely given the Catalans have lost only once since the start of October and won 24 of their 31 matches this term – but there is certainly a bit of pressure on Barca to respond against La Real this weekend. 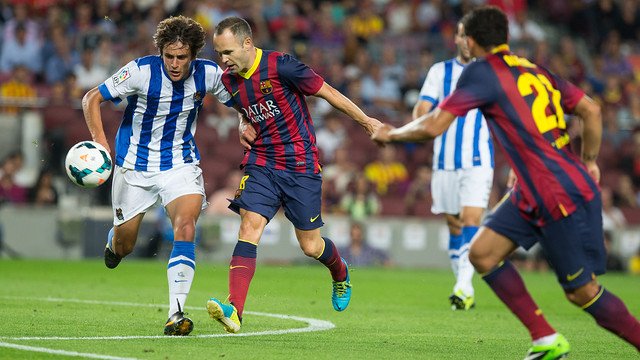 A 2-1 victory over Atletico in the first leg of the duo’s Champions League quarter-final on Tuesday would certainly have helped Barca to get over their Clasico setback, although Real Sociedad will have noted the success Atleti enjoyed for much of the first half before Fernando Torres’ sending-off just before the interval. Replicating that approach could serve them well on Saturday, but the extent of Barca’s quality in forward areas means that even the most well-thought-out game plan can be undone within a matter of seconds.

Real Sociedad’s need for points is rather less pressing, with Eusebio Sacristan’s men sitting pretty in 10th place. The threat of relegation that was lingering around the club earlier on in the campaign has now all but evaporated, with the Basque side instead looking upwards as they attempt to secure a third top-half finish in the last four years. An impressive 2-1 win at Champions League-chasing Sevilla last weekend brought to an end a disappointing run of five games without a win, with Sociedad now looking to build on that triumph with another surprise result against the league leaders at Anoeta.

With just one loss in their last 41 outings in all competitions, it is understandable that Barcelona are rated as heavy favourites by the bookmakers. Rather than simply backing Luis Enrique’s charges to triumph, though, there is far more value in predicting the correct scoreline: the odds on a 3-1 away victory look tempting, with a 4-1 Barcelona victory potentially bringing in a lucrative return. Both teams are likely to score which is another bet that could be worth exploring, while over 4.5 goals to be netted looks like a good choice in what should be a high-scoring encounter. 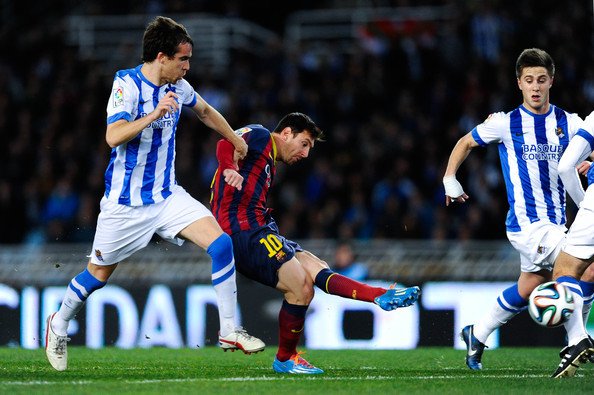 Looking at the markets for the first goalscorer, the low odds available on Lionel Messi, Neymar and Luis Suarez means that Ivan Rakitic could be the best Barcelona option, with Sociedad’s Jonathas – his side’s top scorer with seven goals in 2015/16 – is an alternative for the hosts. Caution should be exercised with regards to individual player betting, though, with Barca perhaps tempted to rest some of their first-teamers ahead of Wednesday’s second leg against Atletico.