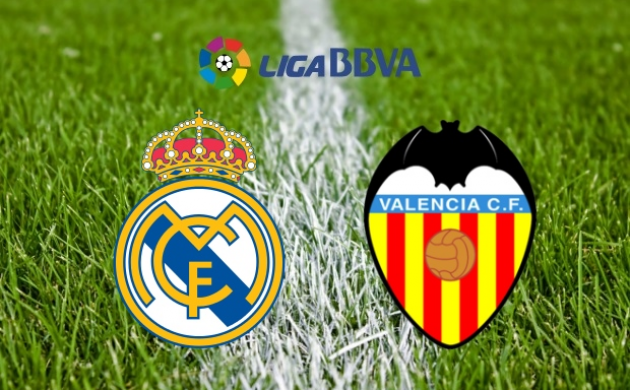 Real Madrid will be hoping to keep the heat on leaders Barcelona and second-placed Atletico Madrid when they welcome Valencia to the Santiago Bernabeu this weekend.

Madrid, who reached the Champions League final with a 1-0 aggregate victory over Manchester City this week, are currently one point behind both their city rivals and the Catalans with just two games of the La Liga season remaining. Given that they have an inferior head-to-head record with both Barca and Atleti – who they will face at the San Siro in the final of the Champions League towards the end of the month – Madrid will need their two competitors to slip up, either this weekend or next, if they are to take the title.

Valencia have improved somewhat since Pako Ayestaran replaced Gary Neville in the dugout at the end of March, losing only one of their last five league outings. They also managed to secure 2-2 draws at the Bernabeu in both of the last two seasons, which could give hope to a side who are still hoping to finish in the top eight ahead of their trip to the capital this weekend.

Having said that, Madrid are rightly rated as heavy favourites to come out on top when the two teams go head-to-head on Sunday afternoon. Zinedine Zidane’s men are in sensational form at present, winning all 11 of their previous 11 league matches ahead of this weekend, scoring 34 goals and conceding only seven along the way. Valencia have nothing of note left to play for so therefore should not pose too much of a threat, even if the hosts decide to rotate their starting XI for a game that comes just four days after the midweek Champions League defeat of City.

Madrid have been extraordinarily prolific at home throughout the 2015/16 season, finding the back of the net on 67 occasions in 15 matches at the Bernabeu in the Spanish top flight – which is a remarkable average of almost 4.5 per game. They may not quite hit that amount this time around, but the odds on a 3-0 or 3-1 Madrid triumph look rather tempting indeed.

Karim Benzema is likely to miss out through injury, which could see Jese start the game up top again. Gareth Bale could be the best choice for first goalscorer – the Wales international, who forced the own goal that sent Madrid through to the Champions League final on Wednesday night, has netted four times in his last three top flight matches – although a good outside bet could be Isco, who was excellent against City and is likely to be rewarded with another start.

Other potential wagers are backing over 3.5 goals to be scored, Paco Alcacer to get his name on the scoresheet at any time – like Bale, the Valencia striker has also found the back of the net on four occasions in his previous three appearances – and Madrid to win both halves, a bet that would have paid out in three of their last four La Liga encounters at the Bernabeu.