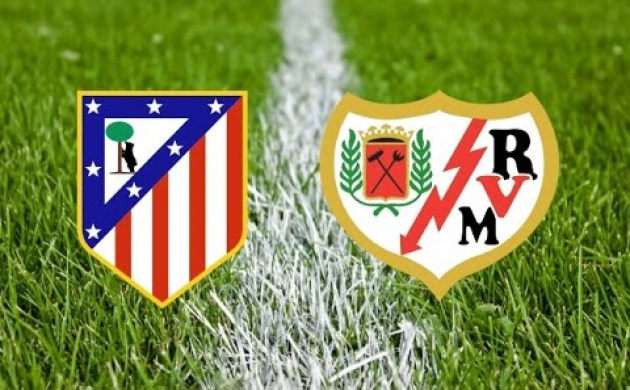 Atletico Madrid will be aiming to continue their La Liga title push when they welcome relegation-threatened Rayo Vallecano to the Vicente Calderon this weekend.

A run of five consecutive victories has hauled Atleti back into the title race after league leaders Barcelona took just one point from a possible 12 against Villarreal, Real Madrid, Real Sociedad and Valencia in the last few weeks. The consistency shown by Diego Simeone’s men means they are in pole position to capitalise should the champions slip up further, with Atletico and Barcelona now level on points at the top of the table and Real Madrid just one point behind the duo in third.

The Colchoneros’ championship challenge this campaign has been built on a solid and resolute defensive unit, with only 16 goals conceded in 35 matches and a total of 22 clean sheets recorded in the league. Their backline has proven particularly tough to penetrate and break down at home, where Atleti have conceded on just seven occasions, while it is also notable that they have scored in 13 of their last 14 top flight outings. Atletico have become so reliable in La Liga that many people are now tipping them to claim a second title in the last three years, with Simeone’s charges on hand to take full advantage should Barca drop any more points in the remaining three matches of the season.

Rayo Vallecano, meanwhile, are also in need of a victory as they attempt to pull clear of the bottom three and secure their La Liga status for another season. A 3-2 defeat to Real Madrid last time out would have been gut-wrenching for Paco Jemez and his players given that Rayo stormed into a 2-0 lead after just 14 minutes, but they must now put that loss out of their minds and focus on the task in hand this weekend. Safety is still in Rayo’s hands – they are three points clear of the drop zone at present – so there is no reason for them to panic just yet.

Taking everything into account, it is difficult to look past another Atletico triumph at the Vicente Calderon on Saturday. Rayo can cause even the biggest teams problems when they pour forward with numbers, but Jemez’s side frequently leave themselves too open at the back and will probably play right into the hands of Atletico, who are always happy to remain patient, cede possession and bide their time before striking.

Rayo’s defensive vulnerability means Atleti should score more than one goal for what would be the first time in three games, but their attacking intent means Simeone’s side may concede. It is therefore worth backing an Atletico win with both teams to score, with the odds on a 3-1 home victory representing good value compared to other bets. In terms of potential goal-getters, Antoine Griezmann is the obvious choice but Koke and the in-form Fernando Torres are better options for Atletico, while Miku could be a good choice from a Rayo Vallecano perspective.