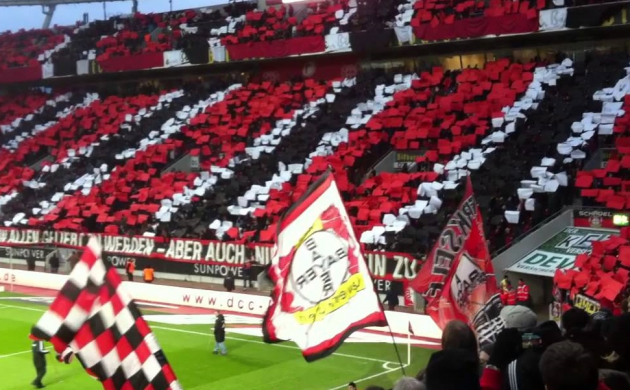 Fifth-placed Bayer Leverkusen host bottom club Hannover at the BayArena on Saturday afternoon, with Roger Schmidt’s side hoping to secure the three points that could move them into the Champions League places depending on other results.

Leverkusen go into this encounter in good form having tasted defeat only once in their previous nine matches in all competitions, a run that has featured matches with Schalke, Borussia Monchengladbach and European champions Barcelona. A 1-1 draw with Hoffenheim last time out meant Leverkusen missed the chance to climb above Gladbach and into the top four, but with Andre Schubert’s charges facing a tricky task away to Mainz on Friday night, the opportunity to move ahead of them in the standings could present itself again this weekend.

Former Manchester United and Real Madrid striker Javier Hernandez will be looking to add to the 11 Bundesliga goals he has scored already this term – only Borussia Dortmund’s Pierre-Emerick Aubameyang and Bayern Munich pair Robert Lewandowski and Thomas Muller have found the back of the net more regularly in the German top flight – with fellow forwards Hakan Calhanoglu and Karim Bellarabi both also enjoying excellent seasons. Leverkusen have been even more impressive at the back than going forward: a record of 21 goals conceded in 18 matches means they possess the fourth best defensive record in the division behind Bayern, Hertha Berlin and Ingolstadt.

Hannover are in a rather different position; indeed, the club’s social media department made fun of their lowly position by posting a tweet earlier this week that suggested the table was upside down. A stretch of four straight defeats to Schalke, Hoffenheim, Bayern and Darmstadt has seen Hannover sink to the bottom of the Bundesliga, with the Reds now desperate to end their losing run. The margin separating them from the sanctuary of 15th place is still just four points, but Hannover will not want to see that gap extended any further.

Improvement at both ends of the pitch will be necessary if they are to turn things around, though. Only two sides – Ingolstadt and Hoffenheim – have scored fewer goals than Hannover’s 19 in 2015/16, while 31 conceded means that only fellow relegation candidates Werder Bremen and Stuttgart have seen their backline breached more often than Thomas Schaaf’s strugglers.
Leverkusen’s Kyriakos Papadopolous, Omer Toprak, Roberto Hilbert, Lars Bender and Charles Aranguiz remain sidelined with various injury problems, while South Korean forward Seung-woo Ryu is currently taking part in the AFC Under-23 Championship in Qatar so and therefore unavailable for selection.

Hannover, meanwhile, will be unable to call on the services of the injured Charlison Benschop, Marius Wolf, Leon Andreasoen and Hiroshi Kiyotake and the suspended Salif Sane and Christian Schulz as they look to record their first Bundesliga victory since November.

Leverkusen are heavy favourites to triumph this weekend; despite Hannover being in desperate need of all three points, it is difficult to see them taking anything from their trip to BayArena on Saturday.