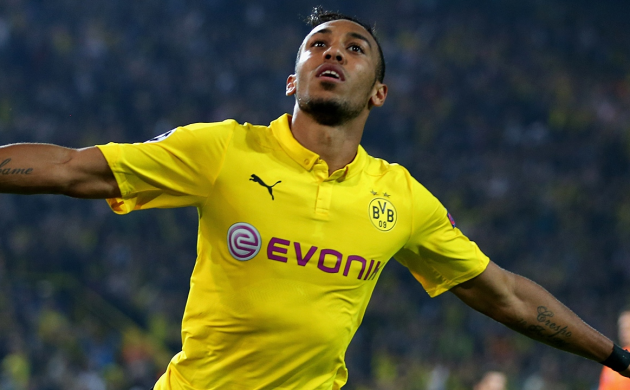 Second-placed Borussia Dortmund will attempt to close the gap on leaders Bayern Munich – for 24 hours or so at least – by beating mid-table Ingolstadt at Signal Iduna Park on Saturday afternoon.

Bayern’s continued dominance of German football says more about their own excellence than Dortmund’s failings. Indeed, despite currently sitting eight points behind the Bavarians, BVB have enjoyed an excellent season so far, with 13 wins and two draws from their first 18 matches representing a fantastic return. While the title is unlikely given that Bayern have dropped only five points all campaign, Dortmund will be determined to keep their fine form going as they target success in the Europa League and DFB-Pokal in the coming months.

In Pierre-Emerick Aubameyang, Dortmund have the Bundesliga’s top goalscorer, with the Gabon international finding the back of the net on 18 occasions this term, once more than Bayern’s Robert Lewandowski. In total, Thomas Tuchel’s men have scored more goals than anyone else in the division – 50 to Bayern’s 48, with Borussia Monchengladbach a distant third in goalscoring terms with 35 – and have been terrific going forward. A 3-1 win over Gladbach last time out showed how far ahead of the rest of the league Dortmund are, with Champions League football in 2016/17 now seemingly a certainty.

At the other end of the spectrum are Ingolstadt, who have struck only 12 times in 18 league matches. They have netted only twice in their last five outings, and have been unable to make a breakthrough in nine of their Bundesliga matches since the campaign got under way in the middle of August. Moritz Hartmann is their chief goal-getter with four, but Ingolstadt will be desperate to improve their attacking return in the coming months, with the danger of relegation not yet fully averted.

On the other hand the newly promoted outfit are solid at the back, with just 18 goals conceded in 2015/16 – fewer than everyone else in the German top flight but Bayern (nine) and Hertha Berlin (also 18). It is likely to be their defensive solidity and resolve that keeps them in the division, with seven clean sheets recorded in the league so far.

Tuchel will be unable to call upon the services of Marcel Schmelzer and Sven Bender this weekend, with long-term absentees Nuri Sahin, Erik Durm and Hendrik Bonmann still sidelined with various injury problems. Ingolstadt, meanwhile, will be without Tobias Levels, Tomas Pekhart, Markus Suttner and Christian Ortag for their trip to North Rhine-Westphalia.

Dortmund should not find it too difficult to pick up all three points, with Ingolstadt’s struggles going forward likely to mean BVB also record their fifth clean sheet of the 2015/16 Bundesliga campaign. Aubameyang is also worth backing to get his name on the scoresheet once more, with the Gabonese striker continuing his pursuit of the German Golden Boot and European Golden Shoe.