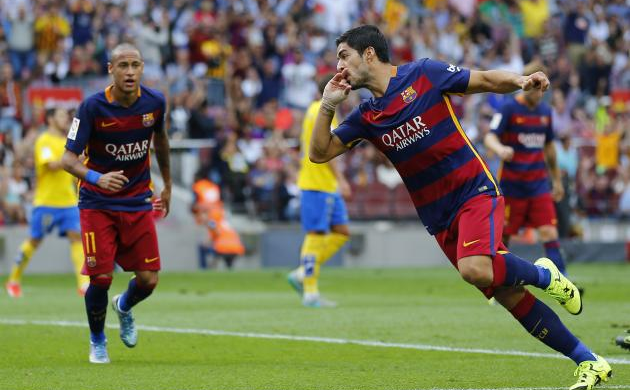 Barca to leave hosts no chance

Barcelona have the opportunity to extend their lead at the top of La Liga to 12 points on Saturday afternoon when they travel to Gran Canaria to take on relegation-threatened Las Palmas. With title rivals Atletico Madrid and Real Madrid not in action until Sunday, Luis Enrique’s side could take a huge step towards what would be a sixth league championship in eight years.

In terms of performances, Barca have had a mixed start to 2016. Indeed, while many hailed the last 15 minutes of their recent 6-1 win over Celta Vigo at the Camp Nou as the best concentrated period of football they had ever seen, the visitors had been well in the game up until Luis Suarez netted his side’s third goal in the 75th minute.

Barcelona were also far from their best against Malaga, Espanyol and Levante in recent weeks, although their displays in matches with Granada, Athletic Bilbao and Sporting Gijon on Wednesday were superb.

Regardless of performances, though, positive results have been a constant in the last month and a half. Barcelona have won their last seven league encounters to cement their position at the summit of the standings, with Enrique’s men developing a useful knack of winning games even when they do not play particularly well.

All of which suggests that 18th-placed Las Palmas have little chance of taking anything from this weekend’s clash with the defending Spanish and European champions.  Quique Setien’s charges have won only one of their last seven matches and are among the favourites for the drop with just 14 matches of the campaign remaining.

While there is thus little value in backing Barcelona to simply win, there are some attractive bets that offer a good return and also have a decent chance of actually happening.

Suarez’s sensational form in front of goal, for example, means that a hat-trick from the former Liverpool star is by no means out of the question. The 28-year-old’s strike against Sporting last time out was his 24th in 23 La Liga appearances – it would have been his 25th had he converted from the penalty spot earlier in the game – while the Uruguayan has already plundered at least three goals in the same match on three occasions in 2016. Doing so again on Saturday would not be too much of a surprise to anyone who has watched Suarez play so brilliantly so far this term.

Aside from Suarez, Lionel Messi is also likely to get on the scoresheet, with the Argentina international – who has now scored 301 goals in a Barcelona shirt after a midweek brace against Sporting – perhaps worth backing to grab the game’s first goal. In terms of other potential bets, a 3-0 Barca victory also strikes a good balance between having a realistic enough chance of happening and offering value to punters.

Barcelona are likely to pick up another victory this weekend, but the first goalscorer, correct scoreline and even hat-trick markets are far better value than merely backing the Catalans to triumph.