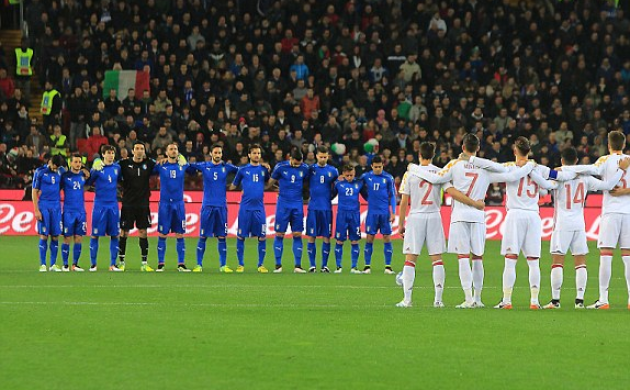 Euro 2012 runners-up Italy take on the competition’s winners Spain in an international friendly this Thursday evening, as both nations continue their preparations for the next edition of the European Championship in France.

Holders Spain qualified for the upcoming tournament with relative ease, winning nine of their 10 matches to finish top of a group that contained Slovakia, Ukraine, Belarus, Luxembourg and Macedonia. Their last seven outings have all ended in victory – a run that includes a 2-0 triumph in a friendly with England in November – as Vicente Del Bosque’s side approach the Euros in good shape. 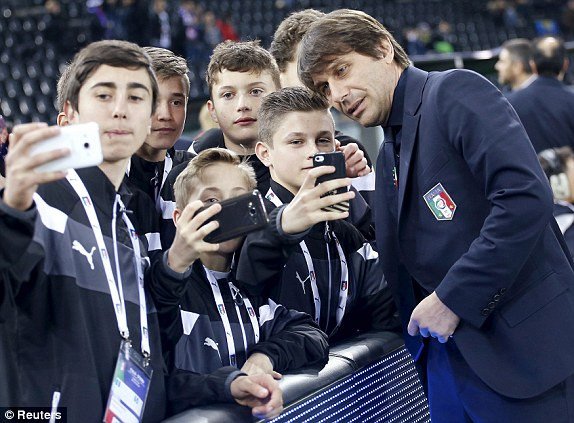 Italy’s qualification campaign was almost equally impressive in terms of results, the Azzurri going unbeaten and finishing ahead of Croatia, Norway, Bulgaria, Azerbaijan and Malta in first place in Group H. Antonio Conte’s men did not always play the most attractive football, but Italy have once again reached a major tournament and will fancy their chances of causing an upset in France in June and July.

Conte’s squad features Fiorentina’s uncapped forward Federico Bernardeschi and Napoli’s Brazil-born midfielder Jorginho, who is also awaiting his first ever cap, with Marco Verratti, Giorgio Chiellini and Andrea Barzagli missing out through injury. Paris Saint-Germain’s Thiago Motta is included for the first time since the 2014 World Cup in Brazil, but Milan’s on-loan striker Mario Balotelli has unsurprisingly failed to make the cut. 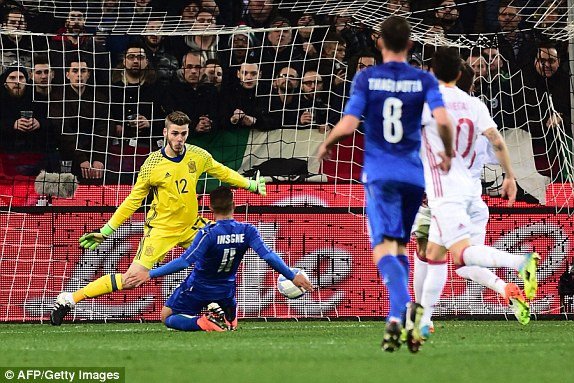 Del Bosque has left out Chelsea frontman Diego Costa and Arsenal right-back Hector Bellerin, but Real Madrid’s Nacho, Athletic Club’s Aritz Aduriz and Barcelona’s Sergi Roberto have all been called up. The pool of midfielders available is still extremely deep – Thiago Alcantara, Sergio Busquets, Andres Iniesta, Juan Mata, Mikel San Jose, David Silva, Koke, Cesc Fabregas and Isco have all been picked – and it will be interesting to see who is selected between the sticks, with David de Gea now clearly a better option than captain Iker Casillas. 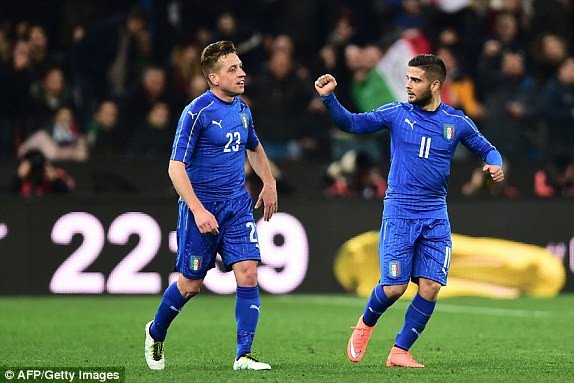 Friendlies are notoriously difficult to predict given that managers often see them as a chance to experiment and take a look at different players, formations and even styles of play. Nevertheless, Spain simply have a stronger squad at their disposal than Italy and are worth backing to pick up a victory on Thursday, with the odds on a 3-1 victory looking rather tempting indeed.

The first goalscorer market is a risk as it is difficult to know what Conte and Del Bosque’s respective starting XIs will look like, but a wager on Aduriz to get his name on the scoresheet anytime looks tempting. From an Italian point of view, there could be value in a debut goal for Bernardeschi or a strike from Lazio midfielder Antonio Candreva, who is on course to get into double figures for a third straight season in Serie A.

Elsewhere, Spain to win both halves – available at around 8 – could bring in a tidy return, so too a combination bet on a win for the visitors and over 2.5 goals to be scored, which is offered by various bookmakers at 4.5