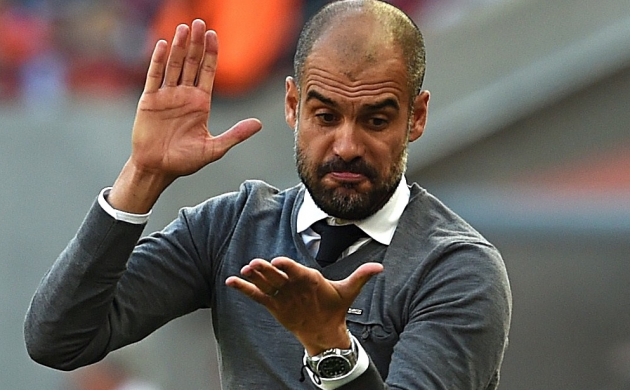 Bayern Munich will be looking to extend their lead at the top of the Bundesliga when they face Hoffenheim at the Allianz Arena on Sunday afternoon. Given their precarious position towards the bottom of the standings, Bayern’s opponents are also in desperate need of points going into this weekend’s encounter.

Bayern have dropped points on only two occasions so far this term, a statistic that highlights their utter dominance of German football. It is now only a matter of time until they seal a fourth successive league title; while Thomas Tuchel’s Borussia Dortmund have themselves been excellent in 2015/16, they are still eight points adrift of the Bavarians. Bayern have found the back of the net 48 times in 18 matches – only Dortmund’s Pierre-Emerick Aubameyang has scored more regularly than Robert Lewandowki (17) and Thomas Muller (14) – with wingers Douglas Costa and Kingsley Coman, who both moved to Munich last summer, adding a different element to the play of Pep Guadiola’s side.

Bayern have also kept things very tight at the back, with just nine goals conceded this season. Jerome Boateng has been one of the best players in the division since the action got underway in the middle of December, with many now hailing him as the leading central defender in the world, while Philipp Lahm and David Alaba have also impressed in their respective full-back positions. Between the sticks, Manuel Neuer continues to be reliable and domineering presence whenever called upon.

Hoffenheim head into this game in a less confident mood having won only 1 of their last 11 League games, a run that stretches all the way back to September. They are now four points adrift of safety as we enter the second half of the campaign and. Having scored only 18 goals this season – the worst record in the German top flight apart from Ingolstadt – they face an uphill battle to drag themselves out of trouble with 16 games remaining. A meeting with Bayern in Munich has thus come at a bad time for Hoffenheim – if such a trip can ever come at a good one – with Hoffenheim needing points on the board quickly.

Bayern will be without Boateng, who could miss up to three months of action after injuring his groin in the win over Hamburg last time out. Attacking midfielder Mario Gotze, defenders Juan Bernat, Rafinha and Medhi Benatia and winger Franck Ribery are also unavailable for selection, with fringe players Julian Green, Sven Ulreich and Patrick Weihrauch sidelined with injury problems of their own. Hoffenheim, meanwhile, will be unable to call upon the services of Tarik Elyounoussi, Kai Herdling, Nadiem Amiri and Pirmin Schwegler for what is already a daunting task.

It is extremely difficult to envisage Bayern dropping points this weekend, with Guardiola’s men worth backing to make it 17 wins in 19 Bundesliga outings this term. It is therefore likely to be another comprehensive victory for the hosts at the Allianz Arena as Bayern continue their charge for a fourth successive league championship crown.