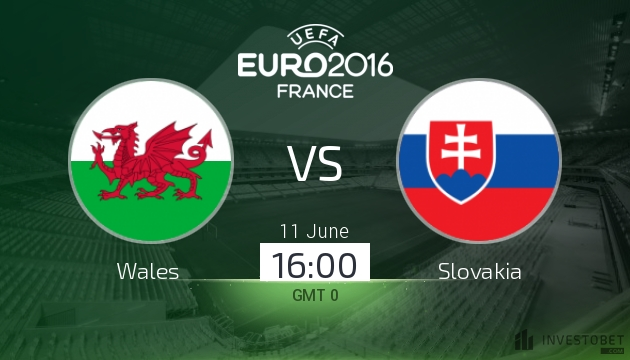 Wales and Slovakia get Group B of the European Championship under way when they go head-to-head in Bordeaux on Saturday.

Both nations are competing in the Euros for the first time in their respective histories, with the duo taking advantage of the expansion to 24 teams that allowed them to qualify automatically despite finishing in second place in their groups. Managers Chris Coleman and Jan Kozak will be quietly confident of leading their sides into the round of 16, with the chance to get three points on the board this weekend an opportunity that both bosses will be desperate not to pass up.

Wales go into Euro 2016 on the back of some disappointing performances and results since the end of the qualification period, friendly clashes with the Netherlands, Northern Ireland, Ukraine and Sweden bringing only one draw and three defeats. While confidence may have been knocked as a result, the Welsh still have what it takes to advance from Group B as one of the top two sides and earn a place in the knockout stage of a major competition for the first time since the 1958 World Cup.

Gareth Bale is clearly Wales’ key man, but they are likely to rely on their defensive solidity and resolve – providing they can rediscover it – just as much as the Real Madrid man. Coleman’s charges conceded just four goals in qualifying and kept seven clean sheets in their 10 matches, with their 5-3-2 formation proving effective at keeping opponents out. Bale will play in a central role behind striker Sam Vokes, with a midfield of Joe Allen, Aaron Ramsey and Joe Ledley arguably the best in the group.

Unlike their upcoming opponents, Slovakia enter the European Championship in decent form having gone eight matches unbeaten since last October. A 3-1 defeat of an admittedly understrength Germany outfit caught the eye a couple of weeks ago – just as a 2-1 triumph over Euro 2008 and Euro 2012 winners Spain did in qualifying – and Slovakia certainly appear to be in decent shape heading into the finals.

Attacking midfielder Marek Hamsik is their most important player, with Kozak relying on the Napoli creator to provide flashes of inspiration in the final third. There is plenty of physical strength and energy throughout the side, but Bale will fancy his chances of outpacing a rather ponderous backline. Milan’s Juraj Kucka, who links the midfield and attack with his dynamism and non-stop running, could be another vital figure within the system.

This is a difficult match to call, with both teams likely to adopt cautious approaches as they protect their positions within the group in their first game. Goals are likely to be at a premium, which makes under 2.5 strikes overall a tempting proposition, with a 1-1 draw perhaps the most likely outcome in terms of a correct scoreline. The odds on Bale and Hamsik to find the back of the net are quite low, meaning Wales’ Ramsey and Slovakia’s Vladimir Weiss could be better options.