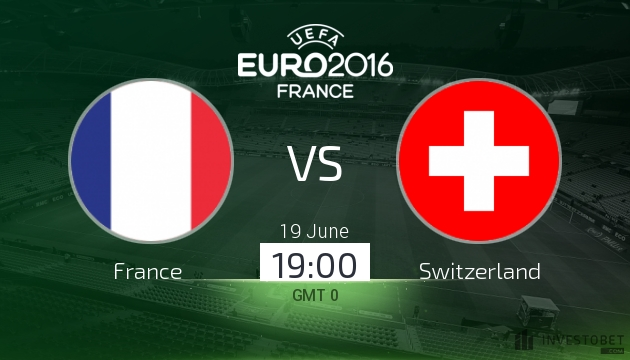 France and Switzerland go head-to-head on Sunday night with top spot in Group A up for grabs. The hosts will make sure of first place by simply avoiding defeat in Lille, with Vladimir Petkovic's side in need of all three points if they are to overhaul Les Bleus at the summit of the standings.

France may have recorded back-to-back victories against Romania and Albania in their two previous outings but Didier Deschamps' side were not particularly convincing in either game. Their attacking play has often been disjointed and reasonably easy to counter, while there are also issues further back where France have not looked anywhere near as steady or solid as their supporters would have hoped.

Deschamps' big call to drop both midfielder Paul Pogba and forward Antoine Griezmann – the players who were seen as their nation's main talismanic figures before the tournament got under way – against Albania was controversial and did not really work, with France only improving once the pair had been introduced after the interval. The former World Cup winner is likely to restore both men to his starting XI on Sunday, but it remains to be seen whether leaving them out did more harm to France than good – indeed, that may only become apparent later on in the tournament.

Switzerland have also not really got going up to now, despite defeating Albania and taking a point from their clash with Romania. Petkovic has some very talented players at his disposal but it is hard to shake the feeling that they are not really clicking at present, with many of their attacks in their first two games breaking down as Switzerland lacked coherence. There was also plenty of space in behind attacking full-backs Ricardo Rodriguez and Stephan Lichtsteiner which stronger opponents like France could exploit.

Having said that, though, Switzerland would have defeated Romania had they taken just a handful of their many chances, and the fact that they will be underdogs against France this weekend could suit a nation who are still adjusting to the tag of favourites and being a position where they are expected to take the initiative in many of their tournament matches. It certainly feels like there is a lot more to come from the Swiss, although they must still be wary that a heavy defeat against the hosts and a concurrent Romania win against Albania could knock them down to third place.

France have certainly not performed to their maximum level at the European Championship thus far, but it is still worth backing the hosts to pick up a third victory in a row when they take on Switzerland on Sunday night. A France win with over 2.5 goals to be scored could therefore be a good bet, while Griezmann looks like a decent choice to find the back of the net before anyone else. Investing in both teams to score is another tempting bet, as is a draw at half time and a France triumph in the second half.