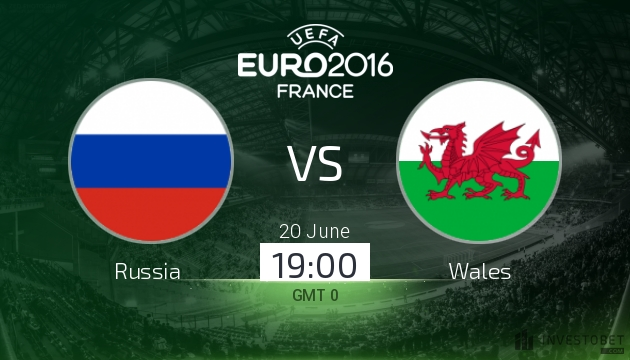 Wales will secure a place in the round of 16 with a win against Russia at the Stadium Municipal in Toulouse on Monday, with Leonid Slutsky’s side in need of all three points to have any chance of progressing to the knockout stage of the European Championship.

A last-gasp defeat by neighbours England last time out would have been tough to take for the Welsh, even though the Three Lions’ 2-1 victory was probably a fair result in the end. Nevertheless, Chris Coleman’s charges remain in a positive position ahead of their final group game given that they defeated Slovakia 2-1 in their first outing in France, with a draw against Russia potentially enough to send them through to the next round as either the runner-up in Group B or as one of the four best third-placed teams. It is important to remember that this is Wales’ first appearance at an international competition since the 1958 World Cup – and their first ever at the Euros – so going through to the last 16 would be a tremendous achievement regardless of how they get over the line.

Wales approached their first two matches in very different ways, pressing high and taking the initiative against Slovakia before adopting a more conservative outlook against England. The twin facts that Russia need all three points and Wales are very dangerous on the counter-attack due to the speed of Gareth Bale means that Coleman’s men could sit back and cede possession in this encounter, with Russia having shown very few signs of creativity and invention up to now. Joe Ledley could miss out after being taken off with injury in the loss to England, with Bale, Aaron Ramsey, Joe Allen and Ashley Williams all likely to be key against Slutsky’s side.

The Russians have been deeply disappointing so far, with a return of a single point from games against England and Slovakia more than their all-round performances deserved. There is very little inspiration to their attacking efforts and it is still not clear what their overriding strategy is, while veteran centre-halves Sergei Ignashevich and Vasili Berezutski are lacking in pace and mobility – which is something that will not have gone unnoticed by Coleman and Bale. That fortunate draw with England means Russia still have a chance ahead of Monday’s showdown with Wales, but they will need to improve significantly if they are to triumph and advance to the round of 16.

Based on the duo’s previous encounters at Euro 2016, Wales look much the better side and should pick up a vital win if they perform at their maximum level. The odds on a 2-0 triumph look like relatively good value, with Bale likely to add to his tally of two goals in two matches after consecutive free-kicks against Slovakia and England – the Real Madrid man is the low-odds favourite to score the first goal of the game, but it is probably still worth backing him to find the back of the net before anyone else.