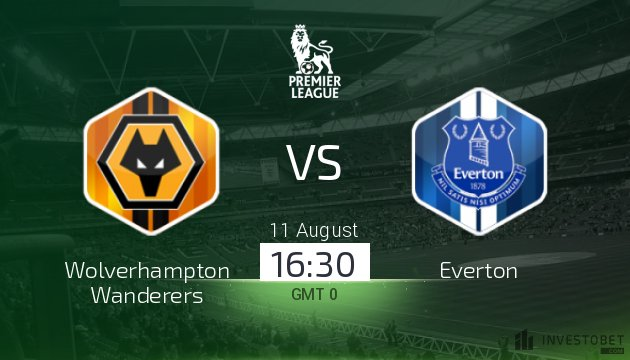 With two of the most traditional sides in the English game in the foreign money, this is a clash of two relatively big spenders. The Latin-inspired creation of this Wolves side is mirrored by the cosmopolitan image that Marco Silva is putting together over at Everton.

Can the much more ambitious than most promoted sides in Wolves manage to start off what they hope is a long-term stay in the Premier League start off with a win here?

The only likely players to miss out for Wolves will be that of their two wide men. Ivan Cavaleiro is a doubt, despite being a key player in their Championship win. We can also likely expect to see Adama Traore miss out.

While he was a club-record deal, he is not yet fit enough to start. We might also see that Helder Costa returns to the side after what was an underwhelming season last year.

Jordan Pickford might miss out, though it’s almost certain that James McCarthy and Mason Holgate will not play. This is a chance for new signings like Lucas Digne and Richarlison to get a start and make an immediate impression, too.

We can see a win for the home side. Momentum is a powerful thing, and their incredible summer matched with Everton’s rather awful pre-season means we could see Wolves come flying out of the traps and catch Everton early into their new managerial tenure.

Second season syndrome: 4 teams who suffered it and 4 who didn't