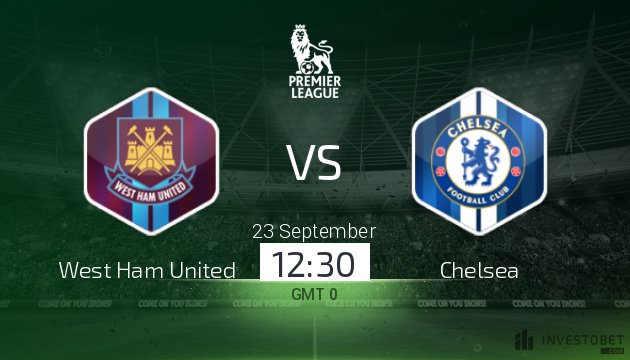 Chelsea will be looking to maintain their 100 per cent winning start to the season when they make the short journey to the London Stadium to take on West Ham United this weekend.

Maurizio Sarri’s side have gone somewhat under the radar at the start of the campaign despite amassing 15 points from a possible 15 under their new manager. Their latest triumph came against newly promoted Cardiff City, who took the lead at Stamford Bridge last weekend before succumbing to a 4-1 loss in which the brilliant Eden Hazard scored a hat-trick. The game was notable for the Belgium international’s combination play with Olivier Giroud, with the latter once again demonstrating his fantastic ability to hold up the ball and feed his fellow attackers in dangerous positions. Chelsea still do not look overly secure at the back, but their attacking play has been a joy to behold at times this term.

West Ham manager Manuel Pellegrini found himself under significant pressure heading into Sunday’s meeting with Everton, having seen his side lose all four of their previous Premier League encounters. The Chilean did not panic, though, and the Hammers went on to collect their first points of the season thanks to an accomplished all-round and goals from Andriy Yarmolenko (two) and Marko Arnautovic. Beefing up the midfield by introducing Declan Rice alongside Pedro Obiang and Mark Noble made West Ham much tougher to play through, and Pellegrini now looks to have found a template he can use going forward.

Chelsea may be without reserve left-back Emerson Palmieri (illness), but Mateo Kovacic should be available for selection despite sustaining a dead leg last time out. Ruben Loftus-Cheek has also shaken off a shin injury and could be included among the substitutes, but the England international’s wait for his first Premier League start of the season looks set to continue – as does Cesc Fabregas’, who has been struggling with a knee problem. Giroud’s excellent link-up with Hazard in the thrashing of Cardiff means he will keep his place as the side’s spearhead ahead of Alvaro Morata, while Pedro Rodriguez and Willian will battle it out for the spot on the right-hand side of Sarri’s lively front three.

West Ham will be unable to call upon the services of Jack Wilshere (ankle), Andy Carroll (ankle), Winston Reid (knee) and Manuel Lanzini (knee), while Arnautovic is a doubt after picking up a knee injury in the defeat of Everton. Javier Hernandez has recovered from a bout of illness and could start up top if Arnautovic is not passed fit, but that would necessitate a change of game plan from Pellegrini as the two strikers are very different in style. Yarmolenko will keep his place on the right of a front three following his match-winning display at Goodison Park, while Felipe Anderson’s speed and direct running in transition could be vital if the Hammers are to cause the visitors problems on the counter-attack.

Pellegrini’s side may have got off the mark with an impressive display at Goodison Park last time out, but Chelsea are a different proposition entirely and it is difficult to look past an away victory in this one. These two teams have kept two clean sheets between them in 10 matches so far this term, so plump for an away triumph with both sides to find the back of the net.