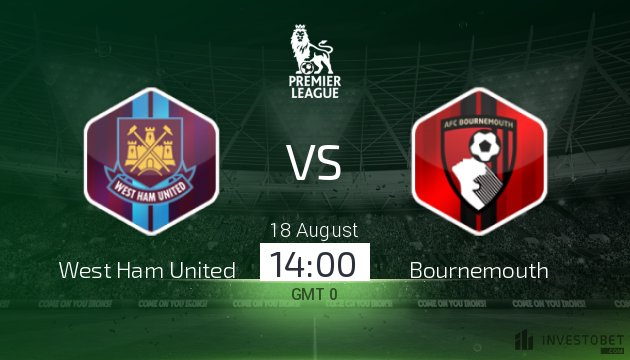 After a summer of supreme optimism and some great signings, reality kicked West Ham United in the teeth with a 4-0 shellacking at Anfield against Liverpool. Now, they open up their home season with a game against a Bournemouth side who have flashed the cash in an impressive way.

Can Manuel Pellegrini kick off his West Ham reign with a home win?

Expect West Ham to stick to the 4-2-3-1 they played last week, with Pedro Obiang likely to take the place of young Declan Rice. Marko Arnautovic should continue up front, while Andriy Yarmolenko could make an appearance on the right-hand side of midfield.

Felipe Anderson will play on the left again, with Aaron Cresswell expected to overlap ahead of Arthur Masuaku. Ryan Fredericks will play full-back and will need to do more than he did last week in a poor debut performance.

The Cherries will be looking to get Lewis Cook back in the side, with Steve Cook likely to keep his place at the back. New signing Jefferson Lerma might not be ready yet, so expect to see Nathan Ake play at central defence again.

Bournemouth were excellent last week, and will be looking to the likes of Dan Gosling and Ryan Fraser to find more consistency this year, alongside forward duo Josh King and Calum Wilson.

A draw feels likely: Bournemouth are not great travellers at times, but West Ham are still finding their balance. This could create challenging conditions for both sides.