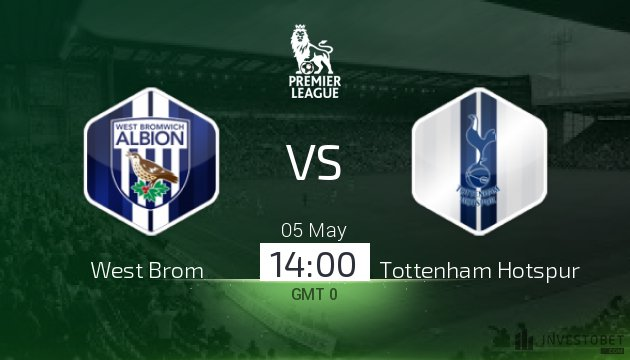 While West Bromwich Albion might expect to finally run out of lives, the revival under Darren Moore has been remarkable. The ex-Baggies player might just land the full-time job for the rebuild next season; can he make a clear case here against Tottenham Hotspur?

Everything is on the up for Moore and the Baggies, relatively speaking. The return to form of the likes of Chris Brunt, Matt Phillips, Salomon Rondon, Jay Rodriguez and Chris Dawson has helped them pick up some impressive results recently. Four games unbeaten is a major boon for a side who have spent so long in trouble.

The injury list is also drying up. The loss of James Morrison, Gareth Barry and Nacer Chadli would usually be keenly felt by West Brom. At the moment, though, they come into this not really missing any of their most experienced players.

Spurs meanwhile rock into this one looking for a bit of relief amid a bit of a media storm. The overblown nature of the mocking of Harry Kane has taken a bit of late-season shine off what has been a very productive season for Spurs. With only Kieran Tripper, Mousa Dembele and Danny Rose missing out this weekend, too, they can come into this game feeling relatively confident.

Champions League qualification is on the line; the fact that Liverpool play fellow rivals Chelsea on Sunday only adds to the likelihood of Spurs going full strength here.

We expect Harry Kane will find it tougher up against a renewed Dawson and his partner Ahmed Hegazi. However, if he can find his form amid the ‘controversy’ over his goal appeal, then we’d back Spurs to find a positive result here and put an end to the feel-good factor at West Brom.