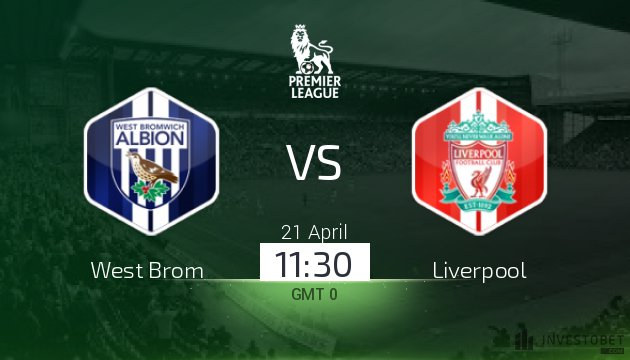 The early kick-off on Saturday looks to be a cracker. Dead-and-buried West Bromwich Albion have found a bit of a revival under Darren Moore. With just 24 points for the season, they’ve picked up a sixth of their total since Moore came in. Can they shock Champions League semi-finalists Liverpool at The Hawthorns?

The win at Old Trafford against Manchester United will be a major shot in the arm for West Brom. Striker Jay Rodriguez looks back to his old self: his winner at Old Trafford – and a stunning goal at Anfield in the FA Cup – means the Baggies will come into this one feeling good.

While the loss of Gareth Barry and Jonny Evans would usually be a blow, they’ve coped well enough without the duo in recent games.

Meanwhile, Liverpool wouldn’t be out of order to have an eye and a half on Tuesday’ date with destiny against Roma. Expect a shadow side here, with the possibility of an introduction for young Curtis Jones being mooted.

Joe Gomez and Dejan Lovren may miss out, which could see a return for Ragnar Klavan. The Reds will likely rest two of their star forward trio in Mohamed Salah, Sadio Mane and Roberto Firmino. Expect young forward Dominic Solanke to come into the side too. He’s been promised a run of games coming to the end of the season, and was unlucky to have a goal ruled out against West Brom in the return fixture.

How the West Brom defence handle the midfield runs from Liverpool will be vital. With Jordan Henderson and Alex Oxlade-Chamberlain hitting their best run of form for the season, how the Baggies cope with their energy in midfield will be vital.