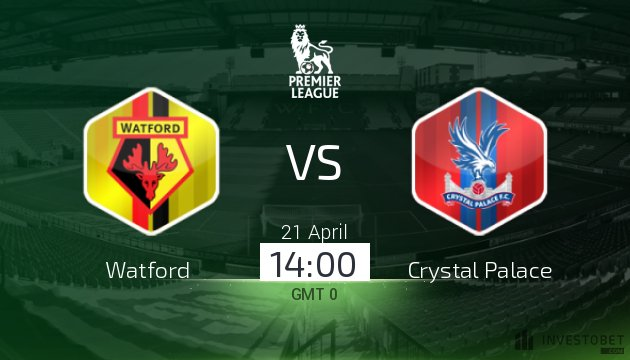 This weekend, Watford play host to Crystal Palace in what feels like an important game for both sides. Hornets coach Javi Gracia has had an inconsistent start to life in England, while Eagles boss Roy Hodgson is revelling after a major derby win. Who gets the points here?

For the home side, the main concern will be at the back. Sebastian Prodl and Craig Cathcart have struggled for most of the season, yet will line up in the middle again. Up front, the profligate Troy Deeney, Roberto Pereyra and Richarlison have been major letdowns in 2018.

Watford feel like a club who need the season to end. With just three points separating them and relegation-threatened Palace, they cannot afford to rest on their laurels just yet. More work is needed to see them over the safety line.

Meanwhile, Palace are flying, the return to form of Wilfried Zaha and Andros Townsend being a major part of that. Once effective wide players, they now play up top for Palace, where they can make good use of their movement.

James McArthur and Ruben Loftus-Cheek will sit out in the wide areas instead. They offer extra solidity and strength in the middle of the park, offering protection to Joel Ward and Patrick van Aanholt. For Palace, a result here would move them ever closer to safety. If they are going to get it, though, they need that front pairing to fire.

Given the lumbering nature of Prodl and Cathcart, how they handle the rapid pace and electricity of Zaha and Townsend will be a huge deal here.

Both sides are lacking in consistency, but the Watford defence are more consistently poor than the Palace attack is. If they fire, Palace should win. Their propensity to give away late, key goals, though, will always be in the back of the mind.