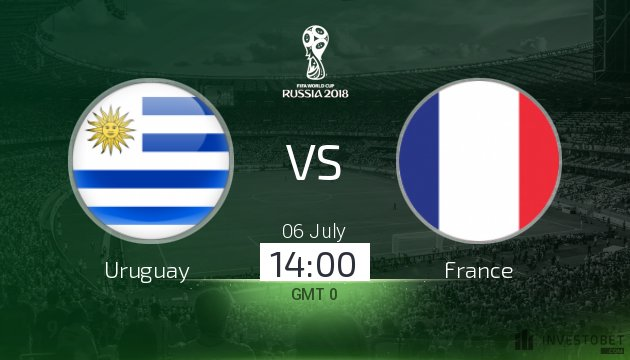 Kylian Mbappe burst on to the world stage in breathtaking fashion against Argentina six days ago, becoming the first 19-year-old to score twice in a single game at the World Cup since Pele in 1958. But while the reaction to his brilliant display is understandable, the sudden mainstream frenzy surrounding France in general might be a tad overblown.

The 1998 winners have shortened from 9/1 into 4/1 to lift the trophy on the back of that result, which just goes to show the influence a name still carries. Lionel Messi might be the best player in the world and Argentina might be heavyweights in terms of history, but that wasn't a good team that Les Bleus cut loose against in Kazan.

If anything, Argentina were tailor-made opposition. There was no team at the tournament more willing to play straight into the hands of Didier Deschamps in his quest to showcase the raw materials at his disposal. The Albiceleste simply committed suicide with their tactics, playing a high line that exposed themselves to that searing pace on the transition.

On the day, France were convincing 4-3 winners in a marvellous spectacle. But the narrative is getting a little ahead of itself by concluding that everything has fallen into place. Talk of Deschamps discovering his magic formula should prompt a double-take. Confidence might be high, but there's no guarantee that the same system against Uruguay produces the same outcome.

If anything, there's a case to say France have shown their hand a little too early. Rarely do teams who tear it up in the last 16 go on to win the competition. And the cat is out of the bag regarding Mbappe, to the point it now becomes a no-brainer to deploy a defensive block against him, something Uruguay are very adept at doing and probably would have done in any case.

The good news for Les Bleus is the expected absence of Edinson Cavani. We're now at the point in the tournament where these little breaks go a long way and, if the PSG man is unavailable, La Celeste might be a pale imitation of the attacking force they were against Portugal. It's not just Cavani's individual quality they lose but also a part of Luis Suarez.

Maxi Gomez is a capable replacement who scored 17 goals in 35 starts for Celta Vigo last season and he might not be out of place on this stage. But you can't expect a lad of 21 to strike up the same understanding with Suarez as a partner for the past 10 years. So Uruguay are probably relying on set-plays or individual moments.

The likely pattern, then, is a game where the South Americans summon up all of their savvy game management, try to frustrate the French and prioritise a clean sheet in the hope of nicking a goal. Otherwise, a penalty shootout would do them just fine. The onus is on France and the objective must be to score early before Oscar Tabarez's men settle into their defensive rhythm.

Guarding against recency bias, we've seen a lot more of Uruguay's qualities defensively than we have of the threat Les Bleus can pose going forward. So the value might still be with the underdogs. If Deschamps gets drawn into a war of attrition, he might not be quite as daring with his tactics as that frenetic encounter against Argentina would lead you to believe.