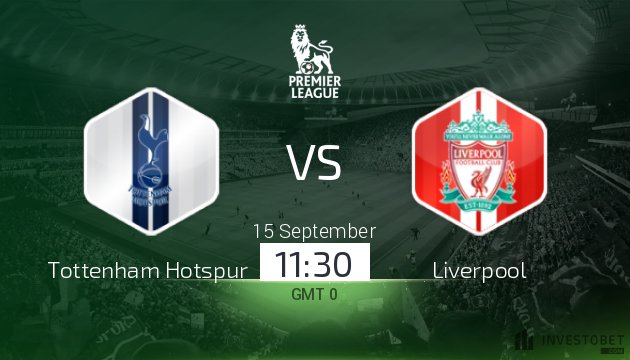 The Premier League returns from the international break with a bang as Tottenham Hotspur and Liverpool lock horns at Wembley in the early kick-off on Saturday.

Mauricio Pochettino's men got their campaign off to a brilliant start, beating Newcastle United, Fulham and, most impressively of all, Manchester United in their opening three matches. Some of that optimism has since been tempered by a 2-1 loss to Watford, but Spurs were good value for a point that day and should not feel too despondent by their results in the opening month of 2018/19. They have certainly performed better than many expected following a summer in which they failed to sign a single new player, but keeping hold of the current squad was always going to be more important than adding to it and Tottenham certainly look well equipped to keep hold of their place in the top four.

Liverpool have loftier ambitions this season after a summer spending spree, with Jurgen Klopp’s men widely considered the most likely candidates to challenge Manchester City for the Premier League title. Reds supporters could not have asked much more from the first month of the season having seen their side overcome West Ham United, Crystal Palace, Brighton and Hove Albion and Leicester City to amass 12 points from a possible 12. It is still early days, of course, but Liverpool certainly look a more balance unit than the one which started last season, and there is every reason to believe they can finish in the top two this term.

Spurs will have to make do without Vincent Janssen (foot), but Dele Alli (muscle strain) should be available despite pulling out of the England squad for Tuesday’s friendly against Switzerland. Son Heung-min is not yet ready to return to the matchday squad following his absence from the club scene to take part in the Asian Games in Indonesia, but Hugo Lloris looks set to return between the sticks after reserve goalkeeper Michel Vorm started last time out, and Moussa Sissoko (hamstring) and Erik Lamela (hamstring) are both in contention for a place on the bench. Pochettino will probably continue with his two-man frontline, using Lucas Moura in support of Harry Kane, but he may shift to four-man defence having used three at the back in the aforementioned loss to Watford.

Liverpool, meanwhile, will be unable to call upon the services of long-term absentee Alex Oxlade-Chamberlain (knee), but Simon Mignolet and Adam Lallana should be fit enough for a place on the bench after shaking off hand and groin injuries respectively. Dejan Lovren is still struggling with a pelvis problem but could also be named among the substitutes, with Joe Gomez now firmly established as Klopp’s first choice to partner Virgin van Dijk in the heart of the defence. Summer start Fabinho is still waiting for his first Liverpool appearance after moving to Merseyside from Monaco, but he is unlikely to be blooded in such a high-profile game having not been used against opponents such as West Ham, Crystal Palace, Brighton and Leicester.

Taking everything into account, the best bet for this game is probably both teams to score. There has been just one clean sheet in the last six meetings between these sides in all competitions, and both Tottenham and Liverpool found the back of the net when they locked horns at Wembley and Anfield last term. This looks set to be an intriguing and entertaining encounter, and it is difficult to see one of these attacks misfiring to the extent that they do not even get on the scoresheet.