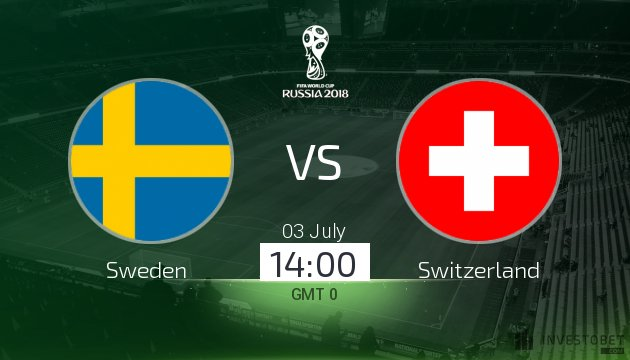 What a game this should be: on paper, Sweden and Switzerland sounds like a 0-0, going to penalties. Both teams, though, are far less stodgy than their national stereotypes might appear. Sweden are a fine side to watch: immensely powerful and full of beans. Can the Swiss break them down?

Sweden are in fine form, and come into this feeling great after a 3-0 dismantling of a quality Mexico side. Sweden are great on the ball despite their limitations in terms of pace, and have a trio of strikers who are threats without being particularly fearsome. This kind of quality gives Sweden a very powerful weapon: all of their opponents seem to underestimate them.

Meanwhile, Switzerland are coming into this one knowing a quarter-final placing is possible. Thanks to Xherdan Shaqiri, they have enough pace to break down a Sweden side that is often resolute and gives little opportunity. When the Swiss get a chance to break, they’ll need to take it.

With Ricardo Rodriguez and Granit Xhaka offering pace and a solidity to match the Swedish, they should feel pretty confident going into this one.

Switzerland to win – but only just. Sweden are a quality side, but with the Swiss it just feels like they have a few more match-winners in their squad. In such tight matches, that can be the major difference.