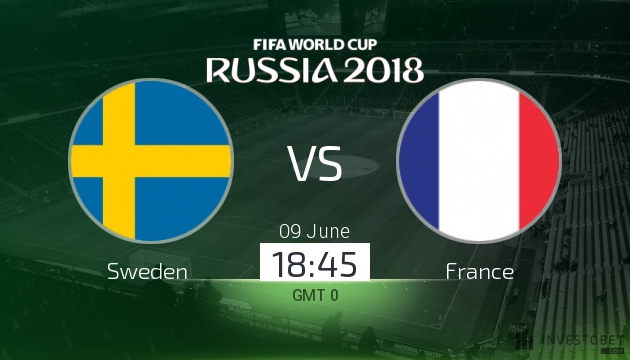 Sweden will do battle with France in a crunch 2018 World Cup qualifier on Friday night.

Janne Andersson's charges are currently in second place in the Group A table, with three points separating them from France at the summit of the standings. A return of 10 points from their first five matches means they are in a reasonably strong position at the halfway stage of the campaign, although the Swedes will still be looking over their shoulders at Bulgaria (a point behind) and the Netherlands (three adrift). A win here would keep their automatic qualification hopes alive, although realistically the Yellow-Blues will be targeting a play-off spot.

France have won four and drawn one of their five games in the process up to now, which puts them in pole position to advance to Russia in first place. The Euro 2016 runners-up are already one of the favourites to lift the Jules Rimet trophy next summer, with Didier Deschamps having an extremely talented group of players at his disposal. Victory this weekend would see Les Bleus move further clear of the chasing pack in Group A and put them one step closer to securing a place at next summer's World Cup.

Sweden no longer have Zlatan Ibrahimovic to rely upon for goals at the top of the pitch, with John Guidetti, Marcus Berg, Ola Toivonen and Christoffer Nyman the four strikers included in Andersson's latest selection. RB Leipzig's Emil Forsberg has had a magnificent campaign at club level and will be a key figure in midfield, where he could be joined by two of Sunderland's Seb Larsson, AEK Athens' Jakob Johansson, Hamburg's Albin Ekdal and Genoa's Oscar Hiljemark. At the back, Sweden will look to Victor Lindelof and Andreas Granqvist for solidity and resolve.

Taking everything into account, it is probably worth sticking some money on France emerging victorious at the Friends Arena in Solna on Friday night. Deschamps has so much quality to call upon and Les Bleus also have a fine blend between experience and youth at present, not to mention a great balance within the side. An away triumph therefore looks likely in this one, although a clean sheet could be beyond them. Another option for the braver among you is a 3-1 France win, which is offered at rather favourable odds across the board.