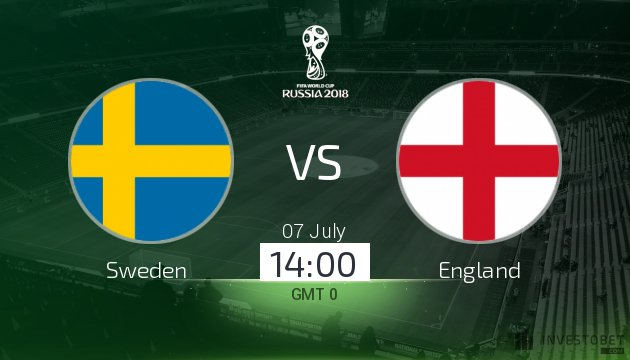 England exorcised some of their innermost demons when beating Colombia on a penalty shootout four days ago, prompting Gary Neville to lead the charge of a thousand pundits and declare that the manner of the win will empower the Three Lions going forward - much more than any straightforward 1-0 success inside 90 minutes would have done.

In the broader sense, he might be right. But purely in terms of getting past Sweden this afternoon, World Cup knockout history would suggest their chances of success have been vastly reduced. Only four times in 18 attempts has a team progressed following a shootout win against opposition that got their business done inside 90 minutes.

When faced with those numbers, it's hard to resist the odds-against quotes available on Sweden to avoid defeat in regulation time, while the more adventurous might also be tempted to snap up the 2/1 available on the underdogs to qualify. With Italy and Germany already trailing in their wake, this is not a team to be cowed by reputations.

Janne Andersson's men have shown tremendous strength of character to drag themselves off the canvas at this tournament when lesser mortals would have been crushed by that dramatic late winner from Toni Kroos in Group F. Instead, Sweden took charge of their own destiny and topped the table by putting leaders Mexico to the sword when it mattered most.

Their reward for that show of spirit was progress into the easier half of the knockout draw and a last-16 tie against Switzerland, rather than Brazil. Again they were chalked up as underdogs, and again they drifted as money piled in for their opponents in the run-up to kick-off, but again the Swedes delivered something much greater than the sum of their parts.

Concerns about fatigue in the England camp are negated slightly by the fact that little football was played for over an hour in a tetchy encounter against Colombia. Los Cafeteros approached that game with a surprising level of fear, undermining positive displays in Group H by resorting to dirty tricks, in which the Three Lions seemed only too willing to reciprocate.

But therein lies a reminder of the opportunity missed. By doing it the hard way and conceding that Yerry Mina goal deep into stoppage time, Gareth Southgate's men might have strengthened their resilience but they also put themselves through the emotional wringer, which could have a detrimental effect on their attacking fluidity here.

Given that Sweden have averaged just 30 per cent possession across their last three matches, it's safe to assume England will have nearly all of the ball in Samara. But Robin Olsen has kept five clean sheets in his last six matches, making fewer than three saves per game, which gives you some idea of the solidity in that back four.

In years gone by, England teams have been consumed by an urgency to get over the line inside 90 minutes but having acquired faith in their ability to deal with the trauma of spot kicks, they might now approach this mission with a higher patience threshold. Who knows, they might even get a sick sense of pleasure in showing just how ready they are to take that route.