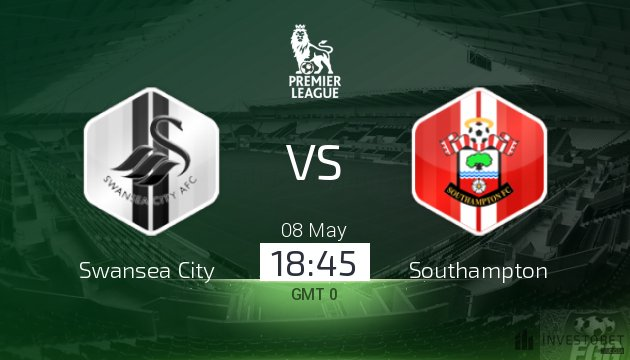 Only time will tell whether Southampton can dig deep enough to recover from the hammer blow of conceding a 96th-minute equaliser against Everton at the weekend, but the effects of such a dark twist should never be underestimated. It doesn’t matter how strong-willed or confident a team is, no good can come from a moment like that at such a late stage in the season.

Human nature dictates that you turn the whole passage over and over in your head, cursing fate and the match officials in equal measure, even though you know it does no good. The potential consequences are all consuming. Southampton had done enough, they were 1-0 up and appeared to be in total control. So why did they only come away with a point?

Indeed, the immediate reaction of Mark Hughes was revealing. In his post-match media briefing, while the anguish was still raw, he was unable to prevent himself slipping into past tense, as if their fate had been sealed. "What did I have, eight games?" he asked. "I think I came in and made an impact with a group that is really strong at the moment."

He soon corrected that perspective, of course, from getting excuses in early to something vaguely resembling defiance. "It was never going to be easy," he continued. "But we’ve had a go and we are out of the bottom three. We just have to make sure we are after the two games we have left."

And therein lies the crux of the real problem: what comes next. Southampton face champions Manchester City, while Swansea welcome relegated Stoke. In all likelihood, a draw here will aid the Swans more than it helps Saints, but not so much that the hosts are inclined to be negative. Three points on the night would all but guarantee survival.

With Carlos Carvalhal in charge, some degree of caution is to be expected. There will be spells where the handbrake is applied but the backlash from a timid display in the 1-0 defeat at Bournemouth on Saturday does the Welsh club a favour, saving the Portuguese boss from the worst version of himself. He surely wouldn’t dare serve up a repeat.

You can always guarantee that Carvalhal says the right things and while the message from the local media coming into this clash is quite simple - 'talk is cheap, time to deliver' - the former Sheffield Wednesday boss echoes it like only he can, by turning the disappointment at Dean Court and framing it into something infinitely more positive.

"When you get to this point and you still have it in your own hands to do something, then let’s do it," he rallies. "We don’t need to listen to a radio or watch another team on TV, there are things we can do. If we win, we stay up, for sure. So we must do it."

First things first, Carvalhal will have to get his system right. The 3-4-3 he deployed on the south coast was a disaster, essentially becoming a 5-2-3 as a natural consequence of playing full-backs in the wing-back position, ensuring that a midfield duo of Tom Carroll and Ki Sung-yueng was given the runaround by the triangular passing of the possession-drilled Cherries.

Behind at the break, Swansea didn’t really push too hard for a leveller thereafter, raising questions about their stomach for the relegation fight. Simon Francis, the Bournemouth skipper, probably summed their performance up better than anyone. "I felt at times they may have bypassed this game. I got the feeling they think Tuesday night is their must-win."

Swansea to beat Southampton (draw no bet) at 5/4