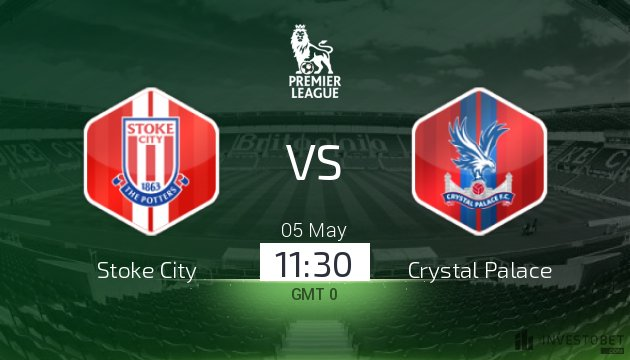 For Stoke City, this might just be the game that defines not only this year, but years to come. A loss here would more or less guarantee that they are down. A win, though, means they move ever closer to that last-day trip to Swansea City knowing a win could keep them up.

Paul Lambert’s job is not being made any easier with the injury problems. With Konstantinos Stafylidis out alongside Bruno Martins Indi, Lambert also has to deal with the likely loss of Eric Maxim Choupo-Moting and Glen Johnson.

Ibrahim Afellay and Jese have both been banished to the reserves, too. This means that the club are without many of their most important attacking outlets, while they are very light at full-back. Pundits suggested that Stoke had a very unbalanced squad; it’s safe to say that it’s showing here.

Meanwhile, Crystal Palace are without Bakary Sako, Jason Puncheon and Scott Dann. While all three are important Palace players, they have been out long-term. Roy Hodgson does not have many new injury complaints. Connor Wickham is back in training but is severely lacking match fitness and thus will not play here.

For Palace, though, there’s no reason to change the team much at all. A 5-0 hammering of Leicester City means they come into this one with safety more or less guaranteed. With so many goals in their team, too, it’s easy to see why they feel confident.

How Kurt Zouma and Ryan Shawcross handle the pace and movement of Andros Townsend and Wilfried Zaha will have a decisive impact on this one. However they play, we expect to see Stoke struggle to handle the pace on the break of the away side.