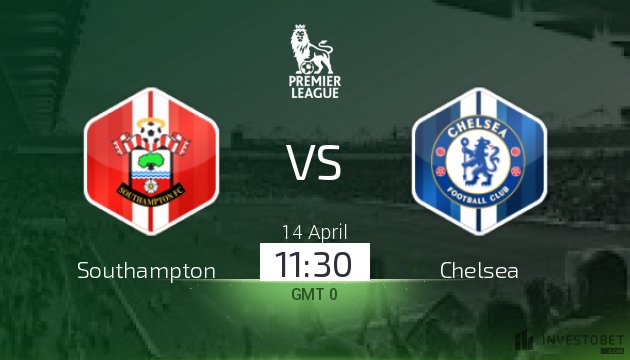 For Southampton, a winless run in the league going back to early February is a major pointer to their likely relegation. For Chelsea, the 10-point gap to fourth place is now a major concern. Both sides are in need of three points to try achieve their short-term goals: who’ll win?

For the Saints, the loss of Steven Davis and Jack Stephens is a kick in the teeth. So too is the loss of Shane Long and Mario Lemina. Long, despite his poor goals return, offers a work ethic sorely lacking on the south coast. The loss of Lemina means breaking them down in the middle of the park just became a lot tougher.

Saints lack quality in many of the most important areas. While Charlie Austin and Nathan Redmond could make a positive contribution up top, the makeshift nature of the side can only help to reduce faith of three points here.

Chelsea, meanwhile, are paying for a rather dour transfer window in the summer and in January. The loss of Davide Zappacosta is one thing, but the drop-off in David Luiz this season leaves the defence looking short of quality. January signing Ross Barkley has been a failure so far, leaving the Blues short in key areas.

While young defender Andreas Christensen has done well at times in partnership with Cesar Azpilicueta and Gary Cahill, the Blues have been porous at the back at times. We expect Chelsea to partner N’Golo Kante and Cesc Fabregas in the middle again, with the profligate Alvaro Morata flanked by Willian and key man Eden Hazard.

With the Blues likely to face some trouble from Dusan Tadic and Nathan Redmond down the flanks, how Marcos Alonso and Victor Moses handle them as wing-backs will play a key role. Ryan Bertrand and Cedric Soares will need to help out, too, in an attempt to overlap on the biggest structural weakness at Chelsea.