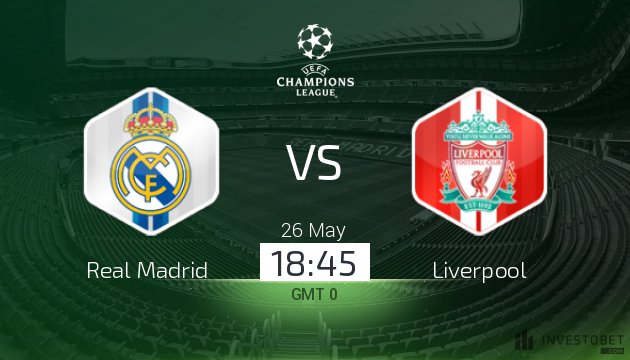 After nearly three decades without any club successfully defending a Champions League title, Real Madrid now stand on the brink of becoming the first team since Bayern Munich in the mid-1970s to lift the trophy three years in succession. Moreover, in doing so, they would also make Zinedine Zidane the first ever manager to oversee three consecutive triumphs.

It's a head-scratcher for many because the widespread perception among pundits is that the Frenchman doesn't really do a lot and the collective he has moulded at the Santiago Bernabeu isn't very good. But while the Frenchman isn't much of a tactical master, it's surely no coincidence that his team arrive in good shape at this showpiece event once again.

Zidane doesn't give much away in press conferences, which only fuels the idea that luck is the most compelling explanation of his achievements, but there's clearly an intuitive side to his personality that always keeps the bigger picture in mind, particularly with regards to meeting the longer-term needs of modern-day footballers.

He clearly understands millennials better than most his age, along with the basic tenet that an elite club doesn't require an awful lot of instruction or cohesion in this era of inequality. So long as you send out 11 confident and relaxed individuals to make confident and relaxed individual contributions, then results generally take care of themselves.

Whatever his biggest secrets, Madrid have triumphed on the road at Roma, Napoli, Bayern Munich (twice), Borussia Dortmund, PSG, Juventus in three years under Zidane, while they've also avoided defeat in three visits to the Camp Nou (winning once). There's no occasion or venue in which they wouldn't back themselves to get a job done, regardless of the early pattern a game follows.

By contrast, the power of Anfield has been instrumental in Liverpool's crusade to Kiev. Jurgen Klopp might attack this game in much the same manner that reaped huge first-leg rewards against Manchester City and Roma, but generating the emotional tidal wave that would be needed to unsettle the cold-blooded holders on neutral territory might be nigh-on impossible.

That's not to say Liverpool don't have enough quality in attack to make this a spectacle. You wouldn't rule out the possibility of them taking the lead at some stage, and being value for it. But finals largely fall in favour of the team that finishes stronger and it's hard to imagine a scenario whereby Madrid aren't in the ascendancy come the final quarter.

You only have to look at the bench on both sides to appreciate why the Merengues are strong favourites. Imagine it's late in the day, the scores are level or a goal either way, Zidane looks over his shoulder and can potentially call on the likes of Gareth Bale, Isco and Karim Benzema, where Klopp sees only Danny Ings, Dominic Solanke and Alberto Moreno.

Klopp has a long history of knocking Goliaths off their stride with his heavy counter-pressing, but his teams invariably set a tempo that simply cannot be sustained over 90 minutes and you don't have to trawl too far back for numerous examples of this Liverpool team conceding two or three times in quick succession once the tide of a game has turned against them.

A high-scoring game isn't guaranteed but that's largely up to Zidane. For all the misgivings about his tactical nous, he at least has the advantage of knowing in advance how Liverpool would like to go about this. Klopp can only wait and see what his counterpart comes up with in response. Anything that clogs up the play early doors only aids the Madrid cause.

Real Madrid to beat Liverpool at 6/5