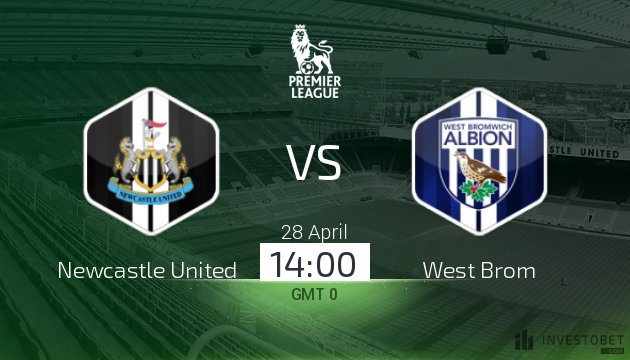 For the away side, three good results on the trot – including four points from Manchester United and Liverpool – has them in buoyant mood. Playing a Newcastle side who are safe and about to make expected changes in the summer, can they catch a complacent Toon team on the hop?

Four wins on the spin for Newcastle was ended up at Goodison Park against Everton. Rafael Benitez will look to keep some kind of balance, though, with his main two losses to the squad being Jesus Gamez and Christian Atsu.

We expect Islam Slimani will go back to the bench, with the energetic Dwight Gayle back in the side. Slimani played a key role in the win against Arsenal, but was poor at Everton. Otherwise, we expect to see Newcastle stick with a similar line-up to their last few games.

West Brom are looking in a better place than many would have thought. While relegation is still more or less guaranteed, they can finally call upon Daniel Sturridge once more. However, the comeback draw last time out was a major boon and we don’t expect Darren Moore to make too many changes.

Jonny Evans is fully fit again, and could come back into the side here to offer experience and leadership at the back. While Nacer Chadli and Gareth Barry will both miss out, too, it’s hard to see Moore doing too much to change a side in the midst of a decent run.

The forward that Newcastle start will dictate the game. They struggled against the rapid press and harrying that Liverpool carried out, and if Gayle starts they can expect more of the same. If Slimani starts, though, this could become a war of attrition quite quickly.