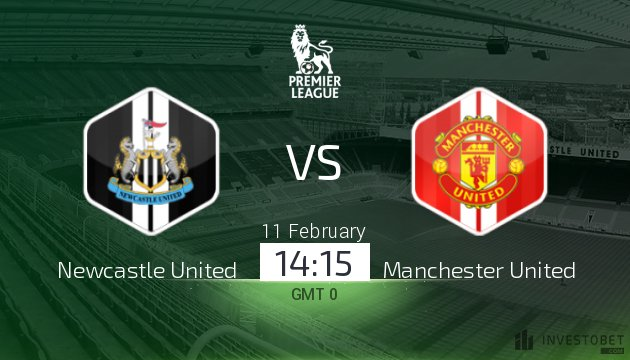 Newcastle United will be looking to cause an upset when second-placed Manchester United make the trip to St James' Park on Saturday.
Jose Mourinho's men eased to a comfortable 2-0 victory over Huddersfield Town last time out, a result which saw them move within 13 points of runaway league leaders and local rivals Manchester City, who have now failed to win three away games in a row. Pep Guardiola's side will still go on to win the title despite that fact, and United should instead focus their attention on second spot - as Mourinho himself admitted in a recent press conference. Although they hold a five-point advantage over Liverpool in third and are a further two clear of fifth-placed Tottenham Hotspur, United are not yet over the line as far as a top-four finish is concerned; beating bottom-half opponents such as Newcastle is therefore paramount, particularly as United still have Arsenal, Chelsea, Liverpool and Manchester City to play this term.
Rafael Benitez's charges were held to a 1-1 draw by Crystal Palace last time out. The visitors to Selhurst Park were the better team in the first half and deservedly took the lead through Mohamed Diame, but Palace came on strong after the break and the Magpies were ultimately a little fortunate to avoid defeat. That stalemate leaves Newcastle a point and two places above the drop zone, but the fact they have now only lost one of their last six top-flight encounters evidences the team's spirit and resolve as the business end of the campaign grows ever closer. It is worth noting that four games in that run have ended with the scores level, however, and Benitez will be desperate to turn draws into wins in the coming weeks.
Manchester United will have to make do without Marouane Fellaini (knee), Zlatan Ibrahimovic (knee), Daley Blind (ankle) and Eric Bailly (knee), but Phil Jones (illness) and Marcus Rashford (muscular) should be available once more. Paul Pogba will be restored to the line-up having been left out of the triumph over Huddersfield, with Scott McTominay the likeliest candidate to make way; further forward, meanwhile, Anthony Martial could displace Juan Mata and play alongside Romelu Lukaku and Alexis Sanchez in the attacking line of three.

Newcastle will be unable to call upon Jesus Gamez (ankle), but Joselu could be involved after recovering from illness and fellow striker Islam Slimani will likely make his debut following a thigh strain. Mikel Merino could return to the starting XI in the centre of the park, although Benitez will be wary about fielding him alongside Jonjo Shelvey and may ultimately favour the latter for his long-range passing; up top, meanwhile, Dwight Gayle will probably make way for one of Slimani or Joselu, fitness permitting. The Magpies employed an ultra-cautious approach when Manchester City visited the northeast over the festive period, and while they will surely show a little more ambition here, keeping things tight at the back will undoubtedly be Benitez's principal objective.
Benitez's men will sit deep and look to make life as difficult as possible for their opponents at St James' Park, but Manchester United's attacking quality should be sufficient to earn them all three points on Sunday afternoon. Having said that, a low-scoring game could be on the cards - meetings between Benitez's Liverpool and Mourinho's Chelsea in the mid-2000s were almost invariably tight and cagey - so it could be worth putting some money on fewer than 2.5 goals to be scored in total. In terms of a goalscorer, Sanchez looks like a decent bet to open the scoring in his third Premier League appearance as a Red Devil.