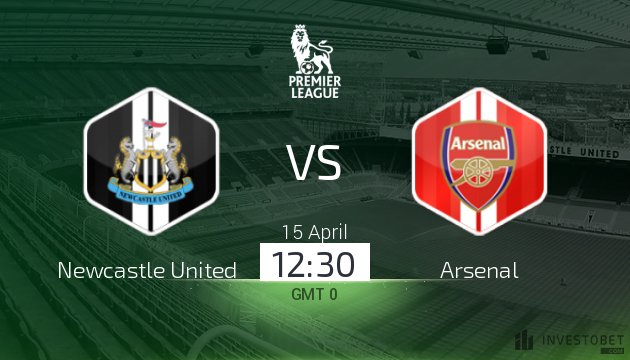 Arsenal kept their season alive by avoiding defeat at CSKA Moscow on Thursday night, but the eventual 2-2 scoreline says little about the ordeal they were subjected to. Newcastle looked well placed to profit from any emotional hangover at St James's Park on Sunday.
By Arsene Wenger's own admission, his players were taken aback by the early intensity of the Russian side, revealing that they covered more distance than they normally would in an average Premier League game, although that perhaps might not come as quite the surprise it should.
The Gunners were 2-0 down after 50 minutes and grasping for a foothold for 25 minutes before Danny Welbeck snatched a crucial away goal out of nowhere, which Aaron Ramsey added to in stoppage time. With Atletico Madrid awaiting in the semi-finals, the temptation to rest players might now become irrepressible for Wenger.
It wouldn't be so bad if the Frenchman could trust his players to manage games with economy of effort, but it seems as though there's no such thing as a measured approach for Arsenal nowadays. The common pattern is for games to become stretched beyond their best intentions, leading to a heavy reliance on late goals once the kitchen sink has been hurled.
Hector Bellerin and Shkodran Müstafi were two men who Wenger singled out as looking particularly leggy in the second half of an unnecessarily chaotic 3-2 win over Southampton last weekend and they both played the full 90 minutes at the VEB Arena, so there's a strong chance that one or both will be spared on Tyneside.
Either way, the left flank and inside channel seem like obvious areas for the Magpies to target with the pace of winger Kenedy and striker Dwight Gayle operating effectively down that side in recent weeks. Kenedy bagged a brace in the recent 3-0 win over Saints. Gayle did likewise in a 2-2 draw at Bournemouth two weeks prior to that.

Ramsey and Jack Wilshere are both doubtful for the visitors having picked up knocks in Moscow, Henrikh Mkhitaryan is definitely out with medial ligament damage sustained last weekend, while Granit Xhaka could return following illness but might be a little off the pace. So there's enough to regard Arsenal as no better than patched-up.
By contrast, Rafa Benitez can call upon a fully-fit squad as Newcastle find themselves buoyed by an all-too-rare cocktail of being focused on the football, relaxed about their league position, onside with supporters and playing with freedom. Under such conditions, they can surely only thrive in the pursuit of building optimism for next season.
Last weekend, they outfought Leicester by most accounts, and the resulting 2-1 success at the King Power lifted them to 10th. A top-half finish is naturally the target and there's still a prestige in beating Arsenal, even if their away record over the past 16 months - 15 defeats in 27 - implies it's not really that difficult to achieve.
Islam Slimani is another player to keep an eye on. The Algerian striker has been frustrated by injury since his January loan move from Leicester and then returned only to be ineligible for the game against his parent club last weekend. However, Benitez has reassured him that the final six games will be a genuine opportunity to earn a permanent move in the summer.

1pt Newcastle to beat Arsenal at 12/5