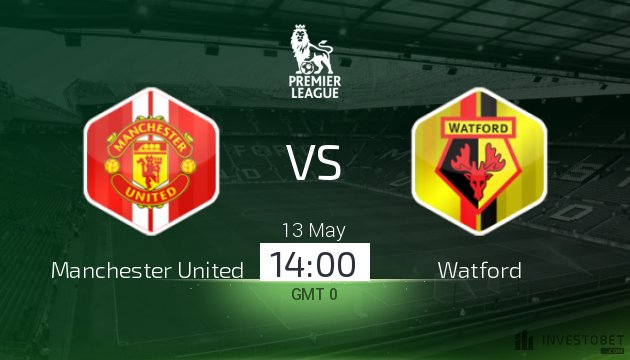 For both sides, this is a chance to bid a quick farewell to a rather forgettable season. Try as they might, Manchester United cannot be happy with the paucity of their performances for the majority of the season. Watford, too, cannot enjoy the fact their buoyant start to the season ended in such mediocrity.

Jose Mourinho has a chance to sign off his second season in charge of Manchester United with a second-place finish. A positive result here then allows him to go into the FA Cup final against old side Chelsea with a spring in his step. Expect some major changes, though, as United are one of many sides with little to play for.

They tend to give youngsters a chance in this kind of fixture, and may do so again here. With a cup final to stay rested for, it’s also a chance for fringe players to shine.

Watford really have little opportunity to do anything here. Without a single goal in their last six away matches in the league, the Hornets have lost their sting.

They won last time out, beating Newcastle to end a run of three defeats in four beforehand. With this tie, they have the chance to end a mixed bag of a campaign on a high.

Watford are a team without much tempo or energy at present. Many players looked to lose faith in the project after the exit of Marco Silva, and their propensity to not score away from home leaves them in trouble here. If they do score, expect United to respond; they’ve done that well at home this term.