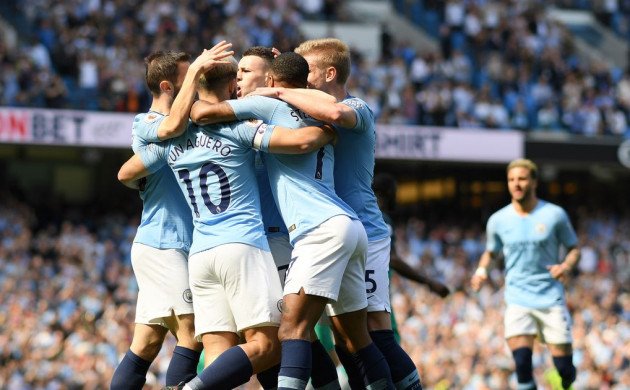 Many Manchester United and Liverpool fans find themselves in an unusual position this week. Several supporters of the former are hoping to see their team lose to Manchester City at Old Trafford in order to damage Liverpool’s title tilt. Followers of the Reds, meanwhile, are cheering on deadly rivals United for the first time in their lives, hoping that Ole Gunnar Solskjaer’s side can deny City the victory that would take them back to the top of the Premier League.

Those dynamics merely add to what should be a fascinating evening of viewing. This season’s champions will not be crowned on Wednesday evening, but we will probably look back on this match in years to come as the one which in effect decided the destination of the championship. Despite United’s recent struggles, this is City’s toughest remaining assignment; win here and it is hard to see them finishing second. Should Pep Guardiola’s men drop points, however, Liverpool – who face Huddersfield Town on Friday, before meetings with Newcastle United and Wolverhampton Wanderers – will be in a wonderful position to end their 29 years of hurt.

For now, though, it is City who have their fate in their own hands. There were times on Saturday when it looked like that may change; Tottenham Hotspur looked threatening on the counter-attack, and Ederson had to be in top form to ensure Guardiola’s charges kept a clean sheet. There was certainly a tangible feeling of anxiety at the Etihad Stadium, but Phil Foden’s first-half goal proved decisive and kept City on track to become the first team to retain the Premier League title since Manchester United a decade ago.

Across town, the outlook is significantly bleaker. United have turned in some dire displays since Alex Ferguson’s retirement in 2013, so it is damning that many have labelled Sunday’s non-performance against Everton as the worst in the last six years. The honeymoon period is well and truly over for Solskjaer, who looks set to conduct a much-needed squad overhaul this summer.

In the shorter term, the manner of the defeat at Goodison Park could actually aid Liverpool. United fans may be hoping to dent their biggest rivals’ push for silverware, but the professional pride of the players – many of whom are playing for their futures – will surely kick in after such a rancid showing. The hosts will want to start quickly to prevent City from getting into their rhythm, but that is easier said than done against opponents who do not like sharing the ball.

City may have failed to get past Tottenham Hotspur in the quarter-finals of the Champions League, but their 1-0 defeat in the first leg is the only game they have lost in their last 18 outings. As much as United will want to rally at Old Trafford and boost their own top-four chances, the gulf in class between the two teams will probably tell. Back City to take a giant step closer to winning the league by emerging victorious in a game featuring goals at both ends.

Tip: Manchester City to beat Manchester United and both teams to score