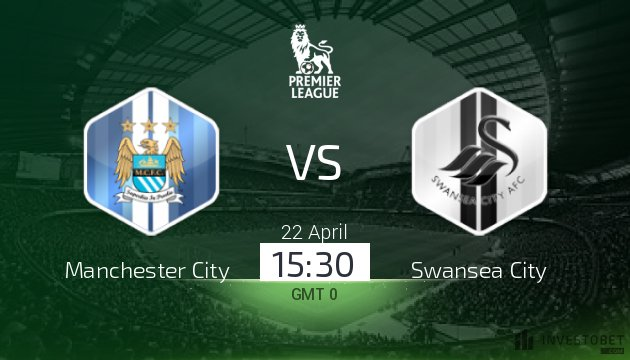 Recently crowned champions of the Premier League, Manchester City, can finally celebrate. Their win, thanks to Manchester United’s loss at home to West Bromwich Albion, reduces the Swansea tie to a title party. Will the Swans crash the show, though?

With nothing else to play for at the moment, it wouldn’t be a shock to see City vary it up a touch. The Citizens could call upon some of their younger players. Gabriel Jesus will continue through the middle, with Sergio Aguero out for this one.

However, we expect to see the Kevin De Bruyne-David Silva combination continue in the middle. Raheem Sterling may come in wide right, with Leroy Sane on the left. City might have some youngsters on the bench, though, which could make the match an exciting one. Pep Guardiola likes to give youth a try, and could do so here.

Meanwhile, Swansea come into this one with a few injuries to pick up. Leroy Fer is out for the season, and Wilfried Bony is a major doubt. So too are Renato Sanches and Angel Rangel. Sam Clucas will also miss out, alongside Mike van der Hoorn.

This could mean that the Swans come into this one with a few problems to contend with on their end. Squad players like Luciano Narsingh miss out too, meaning that they are light on depth for a very challenging run-in. If they are to get anything here, they’ll need City to be in party mode.

How Swans central defence pairing Alfie Mawson and Federico Fernandez handle City will matter a great deal. They're up against arguably the best attack in the league. With City likely on the beach waiting for the title, though, they may just get out of Manchester with something.