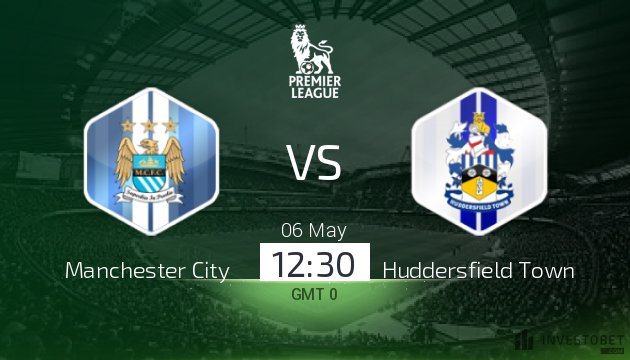 While it might not seem like it, Premier League champions Manchester City might be a good opponent for Huddersfield Town. Poor results mean the Terriers are looking over their shoulder at relegation; anything at the Eithad Stadium would be very well received.

With only Sergio Aguero and John Stones missing out for City, Pep Guardiola can do as he pleases with the squad. We might see some other players get a game, with the likes of Benjamin Mendy given the chance to get some game time after a long-term lay-off.

City are good at giving youth a chance, and we could see some of the interesting academy players given a chance. For City, though, it’s all about maintaining important consistency going into the summer. Already champions, it would not be a huge surprise to see Guardiola try out some different combinations here.

David Wagner comes into this one knowing he needs some performances from his defence. The consistency of City means that the loss of Tom Ince’s pace on the break has reduced one potential avenue to try unsettle the champions. The return to form of the likes of Zanka, Chris Schindler and Terence Kongolo has been timely for the away side.

If they are to get anything here, though, they need to see a solid response from Collin Quaner and Rajiv van la Parra on the flanks, too. Solidity is key here, with Steve Mounie likely starting up top alone.

If Huddersfield are to get anything here, they’ll be looking to get at Aymeric Laporte and Vincent Kompany. Midfield runs from Aaron Mooy will be vital, if they are to try get any change out of the scraps that Mounie can get up top. The task, though, is a significant one indeed.