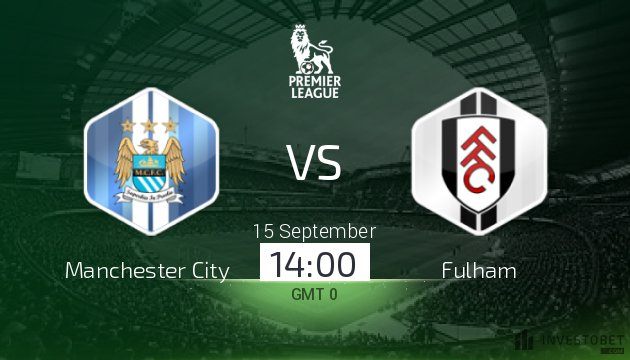 Premier League champions Manchester City will be looking for their fourth victory of the season when they welcome Fulham to the Etihad Stadium this weekend.

Pep Guardiola’s side have won three of their opening four fixtures at the start of the 2018/19 campaign, beating Arsenal 2-0, Huddersfield Town 6-1 and Newcastle United 2-1. The sole aberration was a 1-1 draw with Wolverhampton Wanderers, which will give Fulham – who were promoted from the Championship alongside Wolves last time out – hope heading into what is a daunting encounter. City have, for the most part, picked up where they left off in 2017/18, with their range of attacking options making them a frightening proposition for any team to face. The fact Guardiola’s men have registered just one clean sheet in the Premier League gives their upcoming opponents a ray of hope, but it is difficult to see Slavisa Jokanovic’s men being able to cope with the dizzying array of quality in the hosts’ armoury.

Fulham began the season slowly with back-to-back defeats by Crystal Palace (0-2) and Tottenham Hotspur (1-3), but they have since got off the mark with a 4-2 win against Burnley and a 2-2 draw with Brighton and Hove Albion. That latter result came as a slight disappointment given that the west Londoners took a two-goal lead at the Amex Stadium, but Jokanovic will be satisfied with the manner in which his team have begun the top-flight campaign. Fulham certainly look like they will score a lot of goals this term, but there is still work to do at the other end of the field if they are to comfortably avoid relegation trouble as expected.

City will have to make do without the services of Kevin De Bruyne (knee), Eliaquim Mangala (knee), Claudio Bravo (Achilles) and Danilo (ankle), but Raheem Sterling is expected to be fit following a slight back problem. Guardiola has employed a range of different systems so far this season, including a 4-1-3-2, a 4-2-3-1, a 3-1-4-2 and a 4-3-3, but we could see him use three at the back for this one. It will be interesting to see whether or not Leroy Sane returns to the fold; the reigning PFA Young Player of the Year was left out of the matchday squad for the victory over Newcastle and later criticised by Guardiola, so he will have to knuckle down in the coming weeks if he is to recapture a starting spot in City’s first-choice XI.

Fulham, meanwhile, will be unable to call upon Tom Cairney (foot), Neeskens Kebano (ankle) and Floyd Ayite (knock), while Tim Ream (thigh) is nearing a return to fitness but will probably miss out here. Jokanovic is likely to stick closely to the personnel and system he employed in the aforementioned draw with Brighton, which saw the newly promoted outfit line up in a 4-3-3 formation with a front three of Luciano Vietto, Aleksandar Mitrovic and Andre Schurrle. That means Ryan Sessegnon’s role may be limited to a cameo appearance off the bench, with Calum Chambers and Fabri also set to begin the game among the substitutes.

City will probably prove too strong for the Cottagers on Saturday, although Jokanovic’s charges have shown enough of an attacking threat in recent weeks to suggest they can at least find the back of the net against the champions. This could be a high-scoring encounter, so back either a home win with both teams to score or a City triumph with over 4.5 goals in total.