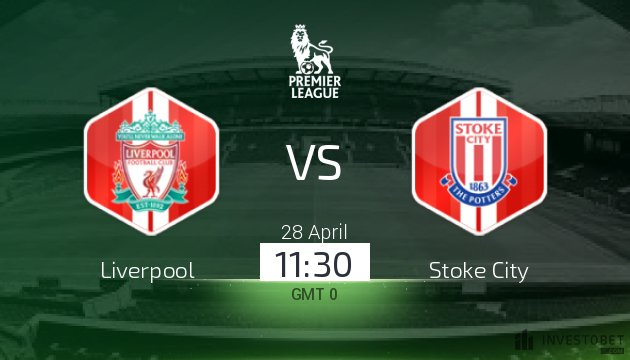 From the madness of a 5-2 Champions League semi-final win to a game at home to Stoke: Liverpool will need all of their motivation to win this one.

Dropped points in games against Everton and West Bromwich Albion leaves the Reds in need of three points to make certain of their top-four spot. Can they get a win against a Stoke side on the verge of the drop?

We expect Liverpool to make a lot of changes here, with Jürgen Klopp claiming he’d need to be ‘creative’. The loss of Emre Can, Adam Lallana and Alex Oxlade-Chamberlain means we could see Ben Woodburn or Curtis Jones come into the side against Stoke.

The loss of key players at this junction of the season could see a chance given to some of their younger players outside of the aforementioned two.

Knowing that Liverpool might have an eye on the return leg in Rome, Paul Lambert will want three points here. While none of his injured players will be back in time for this one, Lambert will be happy to see Kurt Zouma back in and around the first team.

We expect Peter Crouch and Mame Biram Diouf to play up top and try to harass what will be a makeshift backline.

How Crouch handles the Liverpool defence will be key. With Joe Gomez and Ragnar Klavan likely to play, the England international will hope to use their lack of fluency against them. If he can, it could be a vital part of getting any kind of result that delays their relegation for another week.

Liverpool will likely have an eye on the Roma tie, but need to be at maximum to get a result here and help secure their Champions League credentials for next season.