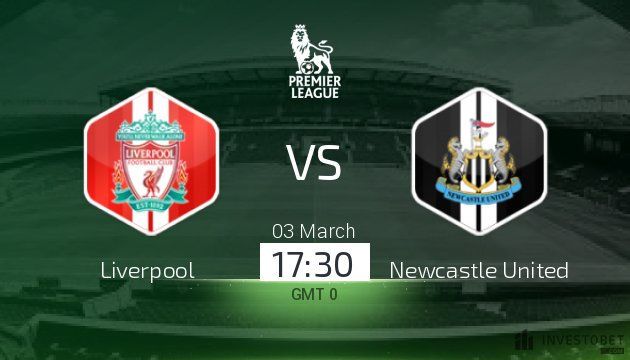 Liverpool have their sights set on second spot in the Premier League and will be looking to boost their chances of finishing one place behind champions-elect Manchester City when Newcastle United travel to Anfield this weekend.

Liverpool ran out comfortable 4-1 winners against West Ham United last weekend, with goals from Emre Can, Mohamed Salah, Sadio Mane and Roberto Firmino making the difference. It was a convincing performance and result from a side who, while clearly not flawless, appear to be hitting form at just the right time, with Champions League qualification and further progress in this year's edition of the competition the target for Jurgen Klopp and co. in the remaining two and a half months of the season. Improving on last term's fourth-place finish would represent another tangible step forward for Liverpool under the stewardship of their German manager, who may privately be targeting a push for the Premier League title in 2018/19.

Newcastle looked to be heading to what would have been a vital victory over Bournemouth in their last encounter, with Dwight Gayle's brace giving them a 2-0 lead at the Vitality Stadium. Rafael Benitez's side were unable to hold out, though: Adam Smith and Dan Gosling found the back of the net in the final 10 minutes to deny the Magpies the win. That was a major disappointment, but a draw on the road is far from a poor result and that result extended Newcastle's unbeaten run to four games, a stretch which includes a 1-0 defeat of Manchester United and a creditable draw at Crystal Palace. The northeast outfit's survival prospects have certainly improved in recent weeks, but there is still a long way to go in what could be - for the neutral at least - the most entertaining relegation battle in several seasons.

Klopp will have to make do without Nathaniel Clyne, who is still nursing a back problem, but Georginio Wijnaldum and Danny Ings have recovered from illness and are available for selection once more. A menacing front three of Salah, Firmino and Mane has the potential to cause problems for any defensive unit on the planet, but there are selection issues for Klopp to ponder elsewhere on the pitch. Jordan Henderson and Adam Lallana are pushing for a start in midfield, for instance, while the former Borussia Dortmund head coach does not seem to have settled on a favoured partner for Virgil van Dijk in defence, with Joel Matip getting the nod ahead of Dejan Lovren last time out.

Benitez, meanwhile, will be unable to call upon the services of Islam Slimani (thigh) and Jesus Gamez (ankle), but Ciaran Clark is in contention following a knee injury. Gayle’s brace on the south coast last time out means he is likely to keep his place in the starting XI for the trip to the northwest, with Ayoze Perez set to be stationed in behind once again; in midfield, Jonjo Shelvey and Mo Diame have performed well in recent weeks, while captain Jamaal Lascelles will be a hugely important figure for the visitors at the back.

Newcastle must get last weekend’s events out of their minds as soon as possible, but this will be an extremely tough encounter regardless of whether or not they are able to do so. Benitez will look to keep things as tight as possible but that is far easier said than done against a team with Liverpool’s attacking firepower, which makes it difficult to look past a fairly routine home victory. The Reds’ defence can certainly be got at, however, so perhaps the best choice for the late game on Saturday is backing a Liverpool triumph with both teams to score.